Former majority leader, Honorable Aden Duale has finally opened up about an incident that happened yesterday where he is reported to have started stammering after president Uhuru Kenyatta walked by as he was addressing the media after President Uhuru's speech. 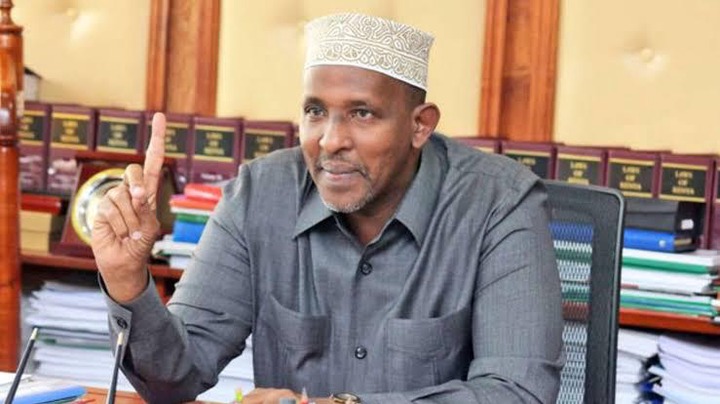 In an incident that happened yesterday in the evening, the former majority leader was accusing president Uhuru Kenyatta of having had a wrong speech claiming that the president shouldn't speak for that long in that kind of event. In his own words, Aden said that he needed to speak to the president's writer adding that he did wrong by writing a lengthy speech for the president.

"I was talking and all over sudden, I saw that the camera moved to another angle and that's why I was confused wondering what was happening. I later came to realize that President Uhuru Kenyatta was passing by. There were Alot of things that were happening at the same time and I decided to keep quiet because with all of that commotion I couldn't speak because no one could hear me. Everything that you're seeing on the media is wrong. They just had to spice their 'news up in oder to attract attention", Hon. Duale. 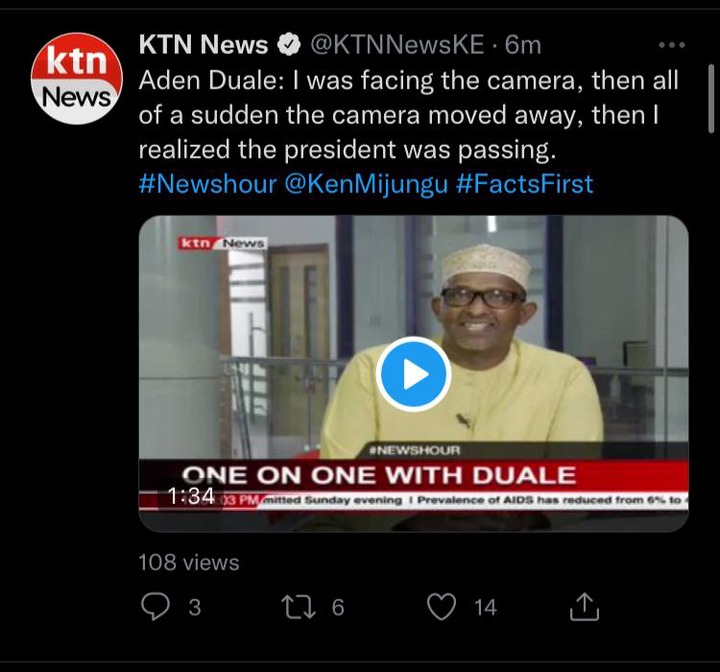