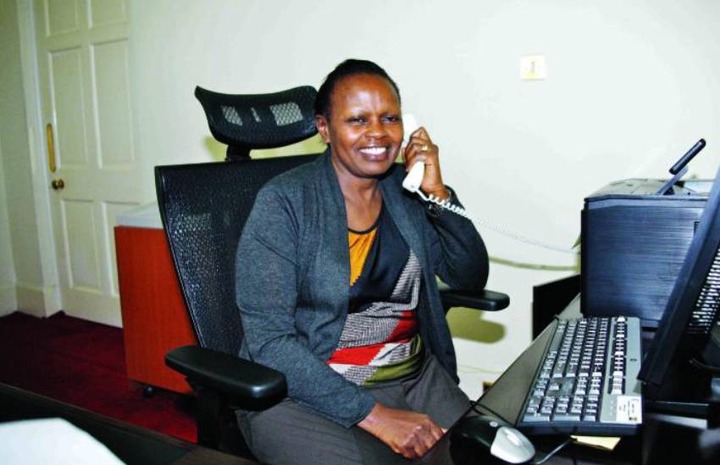 The Sunday Standard has described her as one of the most powerful persons behind major decisions that His Excellency the Head of State president Uhuru Kenyatta makes.

She has been brought out as an 'Iron Lady behind Uhuru's real politik' which means she is one important person to the president and sone of his close insiders in the political would. 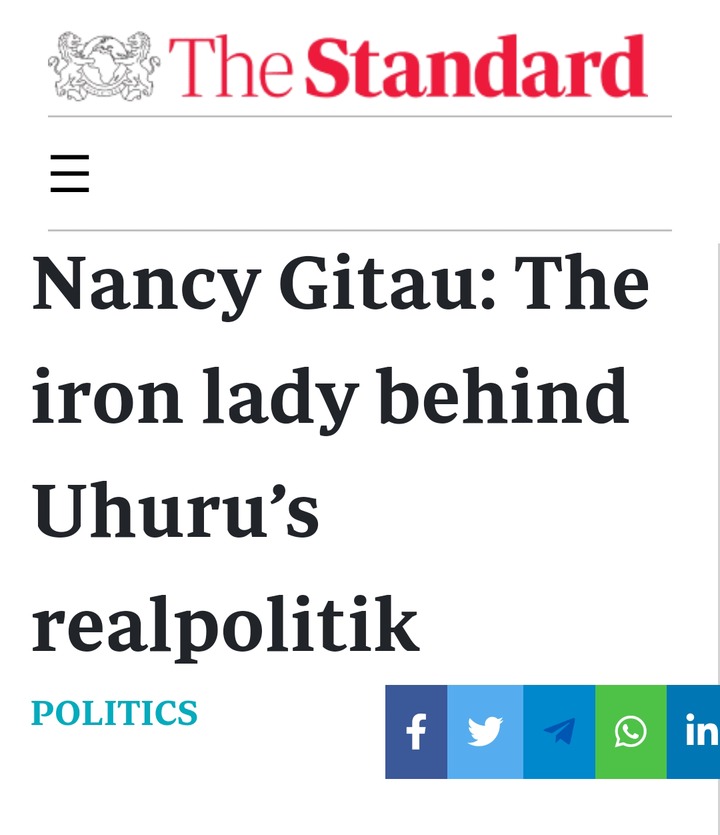 Makueni county governor Kivutha Kibwana is among those who have had an opportunity to work with her in the government in the 90's and he describes her as among the best brains in the country.

He says that her work is only well manifested through actions because she might be soft spoken but her work speaks by itself.

According to details by the Sunday Standard, she came in as a helping hand to the government of president Mwai Kibaki just after the referendum defeat in 2005.

The government was fearing and the National Intelligence Service had to come up with a way of dealing with the opposition. She is said to be the one who lured the then opposition leader Uhuru Kenyatta to support president Mwai Kibaki.

It can be remembered that in 2007, president Uhuru Kenyatta did not contest but supported president Mwai Kibaki's regine for a second term.

Her genius would come into play again in 2012 when Kenyatta and Ruto, two protagonists in the 2007 violence, united in Kenyatta’s favour and to Raila’s disadvantage.

It is through her that the deputy president William Ruto joined hands with his ICC co-accused suspect and they decided to vie for the presidency despite the high Political temperatures then.

She is said to have formulated a plan to have the president cone up with The National Alliance party that saw him elected as president and Head of State for the first time.

Despite having left president Uhuru Kenyatta's Kieleweke faction, Murang'a county Senator Irungu Kang'ata describes her as a smart lady who does her work perfectly.