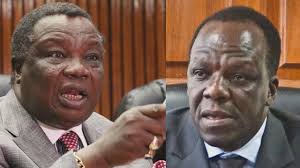 Francis Atwoli is the current sitting and longest serving Secretary General of the Central Organization of Trade Unions in Kenya. He was first elected in 2001 and has since maintained his post. He is known to be flamboyant, outspoken, unapologetic and no nonsense kind of a person.

According to initial reports earlier today, the Western Leaders appointed Francis Atwoli as their point man in Western Region of Kenya. But Kakamega County Governor Wycliffe Oparanya has out to clarify saying that Francis Atwoli is not the spokesperson. He said that Francis Atwoli was just given a chance to coordinate them so that they can negotiate.

".@GovWOparanya: Francis Atwoli was not made the spokesperson of the western people , that information is wrong.what was agreed was that he was given a change to coordinate all of us... so that we can negotiate.. @ComOwino #SundayReview." Tweeted by K24 TV 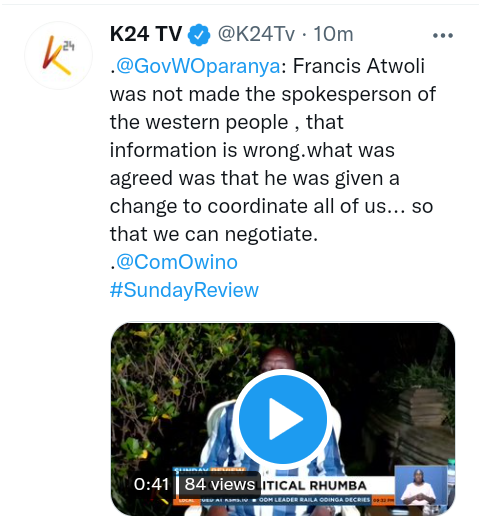