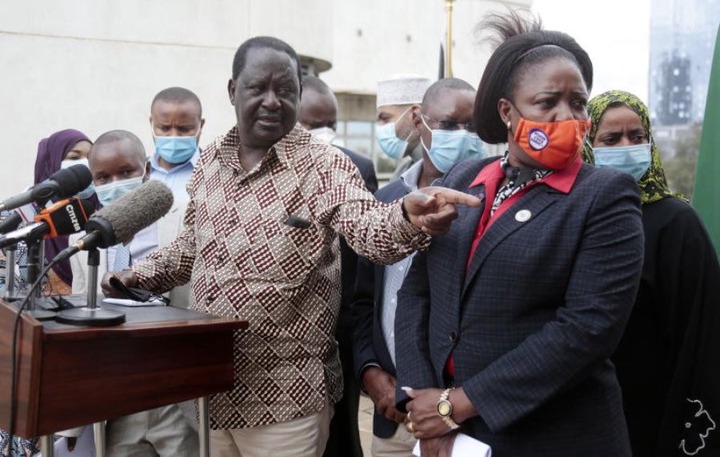 Isiolo Governor Mohammed Kuti did not remain silent after he was embarrassed in front of ODM leader Raila Odinga during an event in his county.

The governor faced a tough crowd when he stood to speak and in return he told the crowd they will meet in town where he expected to face a friendly crowd.

Kuti took his time to get up from his seat after seeing how the crowd was and he did not say much after being heckled by the crowd at an event he was presiding over.

The crowd started shouting and in response the governor said he knows the people who are not his supporters have organized themselves in the meeting.

The crowd was shouting wanting their former governor Godana Doyo to speak to them and Kuti responded to the crowd as he invited Doyo.

Governor Kuti told the irate crowd, “Najua mumejipanga, tutaonana Town, (I know you have organized yourself but we will meet in town). 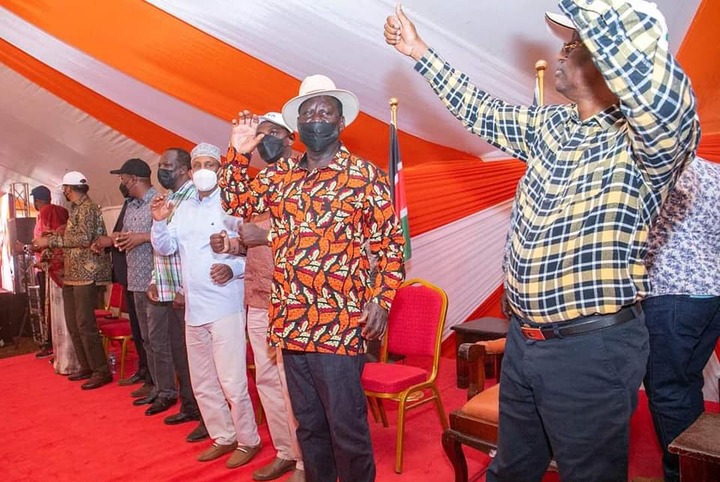 The residents cheered as Doyo came to address them and after he was done talking, Governor Kuti remained at his seat as the crowd was still chanting “Doyo”.

Suna East MP Junet Mohamed was forced to intervene as he tried to calm the residents and he asked Kuti to continue inviting other leaders to speak.

The crowd however continued chanting “Kuti must go! Kuti must go!” and “Doyo Doyo Doyo!” as the governor watched in silence.

The event later on turned chaotic as chairs were being thrown forcing the leaders to leave the venue.

Here is the video of the event. 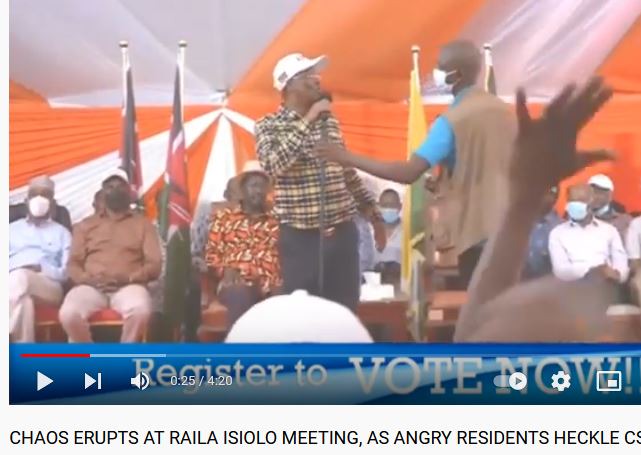