Foreign Governments Are Preparing For Raila To Be President, Herman Manyora Alleges

By Kleen.Com (self media writer) | 4 months ago

Speaking at Look Up TV On Monday Night and hosted by Eugene Anangwe, popular Political analyst Professor Herman Manyora allegedly made fresh claims concerning Raila Odinga. According to the analyst foreign Governments have allegedly shown more confidence on the former Prime Minister Raila Odinga than the Deputy President William Ruto. Herman Manyora also went ahead to claim that these foreign Governments are already preparing for Raila Odinga's to be president. 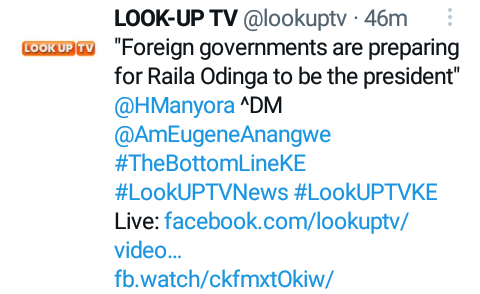 According to Manyora, Raila Odinga getting the backing of the incumbent has boosted the confidence of foreign governments. 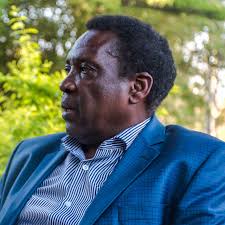 These remarks by professor Herman Manyora comes at time when Raila Odinga allied coalition is locked in confusion emanating from conflict of interest among members forming the coalition. This is after some parties affiliated with Azimio La Umoja requested for more time before registration of Azimio La Umoja as a coalition claiming that some of the documents they signed might have been interfered with. Kalonzo Musyoka have also shown doubt with the alliance.

Ruto Loses 10,000 Votes In Kiambu After The IEBC Discovered This In Form 34B