The differences between Kirinyaga county governor Anne Mumbi Waiguru a d her deputy Peter Ndambiri seem to be far from over.

Netizens noticed that unlike it would have been expected, when the governor held a meeting on Wednesday, the deputy governor was not among the leaders at the front

The deputy governor is seen seated all alone at the centre between the leaders who are Infront of the governor and sone other leaders behind him. 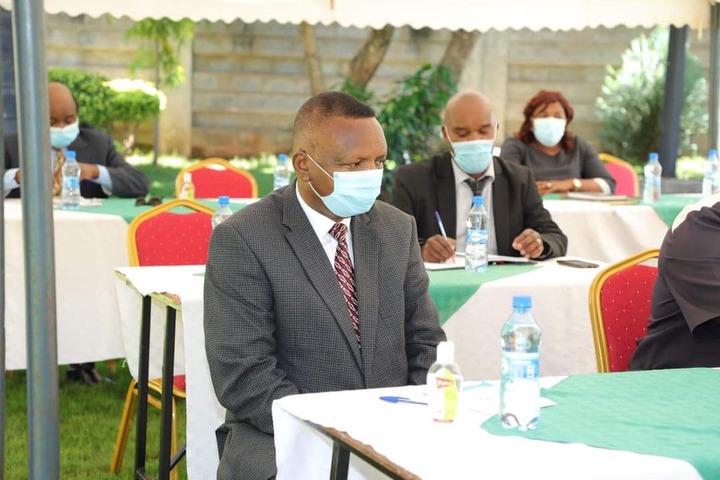 Kirinyaga county deputy governor (sitting at the centre writing something) behind other leaders on Wednesday. Photo/Courtesy [Anne Waiguru FB]

Peter Ndambiri is seen writing something even as other leaders are keenly listening to the Kirinyaga county boss as she addressees them.

The meeting that was convened by the governor was attended by the Kirinyaga County Government Public Service Board members.

According to the governor in a statement, she noted that the meeting was aimed at discussing a wide range of issues including recruitment of jet county government service providers. 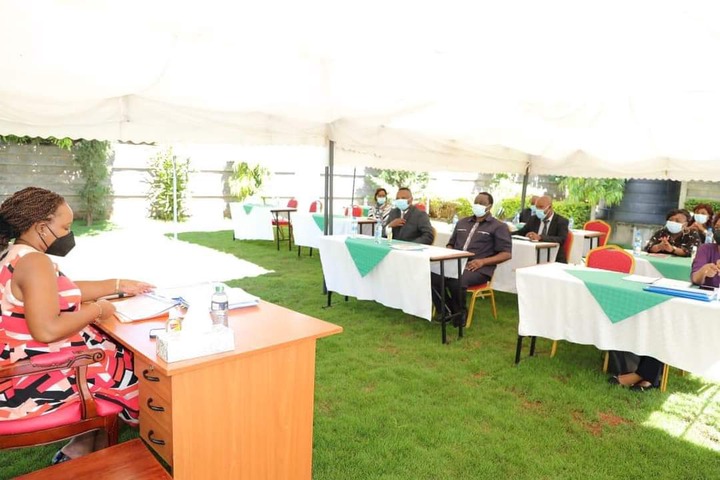 "I held a meeting members of the newly constituted Public Service Board who paid me a courtesy call at the official Governor’s residence earlier today.We deliberated on a wide array of issues including how to fast track recruitment of critical staff such as those in health sector"Kirinyaga county governor Anne Mumbi Waiguru. https://t.co/yEBhqTvefH 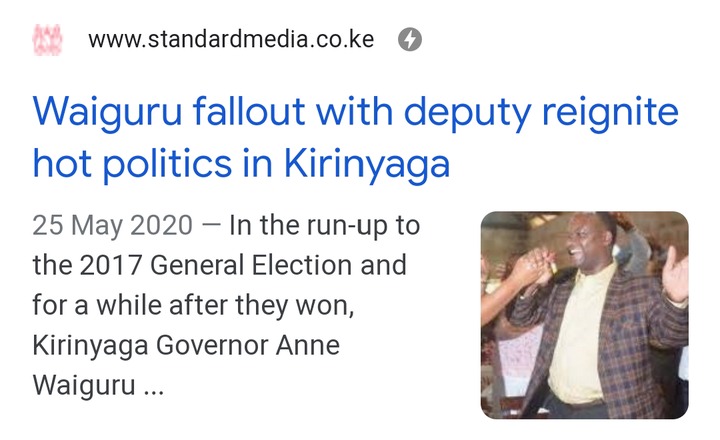 According to those close enough to the two to analyse the changes in their working relationship, things came to a head when an impeachment motion against Waiguru was filed at the Kirinyaga County Assembly.

Immediately after the motion, filed by Mutira MCA David Kinyua, Waiguru’s supporters saw Ndambiri’s hand in it, an allegation he denied.