By NewsRushKe (self media writer) | 4 months ago 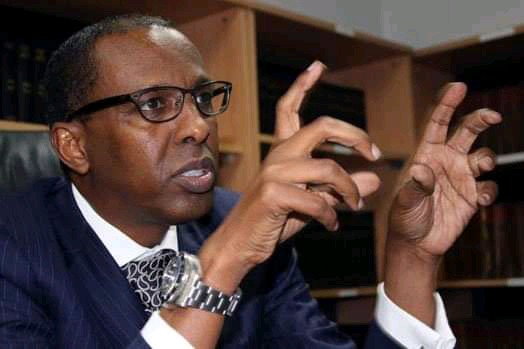 Ahmednasir who leans towards deputy president William Ruto, has argued that the declaration by Musalia Mudavadi that he will be vying for the presidency and that which was made earlier by Kalonzo that he is on the race will now send Uhuru back to the drawing board.

According to him, should the two run, votes from Western and Eastern regions shall have been cut and this will give Ruto the key to presidency on a silver platter.

"The double announcements by Hon Musyoka and Hon Mudavadi that they are both running for President will not only set off alarm bells in State House but force H.E UHURU to go back to the drawing board. This double jeopardy not only takes out Western & Lower Eastern votes from Hon Raila's basket but totally Destroys Raila's candidature.The same gives the Key to State House to DP RUTO on a silver platter." Read part of Ahmednasir's statement on his Twitter handle.

He further stated that the president has two desperate options after this. One he predicted that Uhuru will make peace with Ruto as he will automatically change his support for Raila.

"H.E UHURU has two DESPERATE options (switching off the taps from Raila is automatic). Either, he swallows his pride and make peace with Ruto" he argued.

"Or he persuades Raila to drop His candidature & support Sen Moi. Further, he must beg Musyoka to probably run as his deputy & plead with Mudavadi to support him. In short, Musyoka & Mudavadi double act not only destroy Raila but break into smithereens H.E UHURU'S succession plan" he concluded.