UDA MP Leaks What Ruto Normally does at Night Whenever there is PG Meeting, Tackles Hard Question 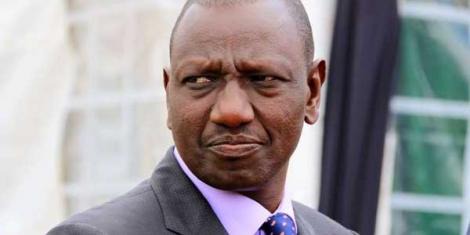 Tharaka Member of Parliament, George Gitonga Murugara while speaking today at the Parliament buildings exclusively to KTN journalist has leaked what President William Ruto normally does whenever there is Parliamentary Group meeting as he tackles hard question on why the President visited the parliament buildings yesterday in the wake of majority stalemate at the National Assembly.

The MP has now revealed that the President loves to be around people and during PG meetings at night, a fire is lit and the president sits with the rest of the MPs as they engage in talks one on one with the President. 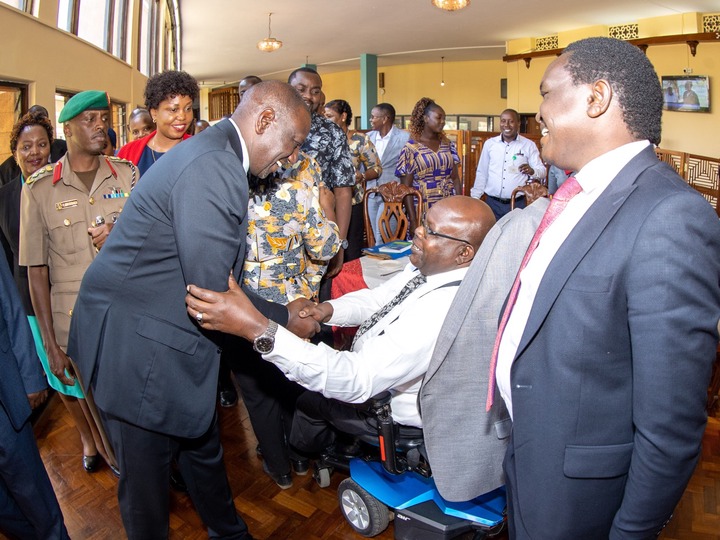 He argues that being that the president is person who loves to interact with people, his visit to the National Assembly was maybe because he missed the MPs and the parliament and he wanted to have a talk with them. 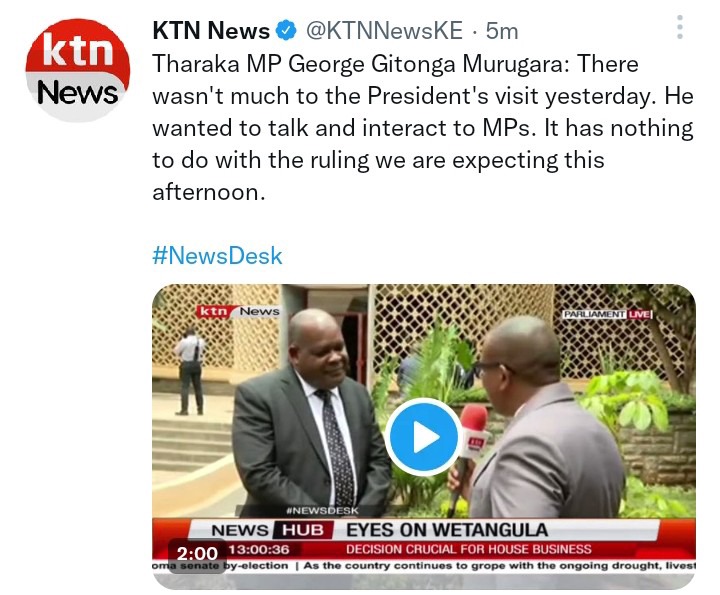 He argues that the visit by the President did not have anything to do with the rulling that is supposed to be made today by the National Assembly Speaker Moses Wetangula.

"There wasn't much to the President's visit yesterday. He wanted to talk and interact to MPs. It has nothing to do with the ruling we are expecting this afternoon." MP George Gitonga said.

He told Azimio MPs that the visit by the President could not influence the outcome of the decision by Wetangula while arguing that Wetangula is also a seasoned Lawyer.

You can watch the the link below;