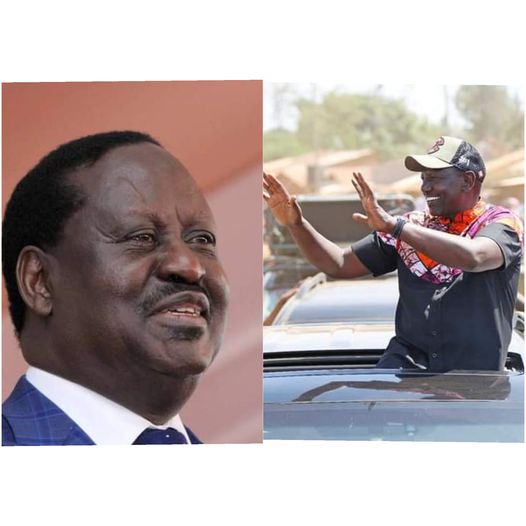 Former Prime Minister Raila Odinga has very few options left after the perceived handshake betrayal by the President. The handshake came after the president and Raila agreed to work together in uniting the country. The Orange Democratic Movement (ODM) boss only has a chance with one coalition of the current political divide, the hustlers being led by the Deputy President William Ruto. 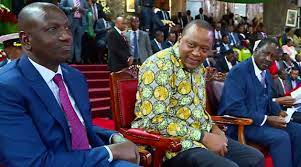 The Endorse Me coalition led by Musalia Mudavadi will not give him anything, not even support to retain his current AU job. They will make sure he is back in the streets with his followers demonstrating and being teargased. It will be sweet revenge from the oversized fellow from the Mulembe nation and his counterpart, the watermelon from Kamba land Kalonzo Musyoka. 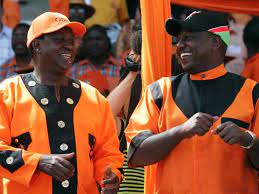 So what is Raila's options and benefits in Hustler nation?

He has the option of choosing a running mate for Deputy President and endorsing the coalition with an earth-shaking declaration of RUTO TOSHA. He will be part of the next government, he will retain his AU job or a better deal for a United Nation envoy opportunity. In this way, Raila will retire comfortably at his Bondo farm and still enjoys the trappings of power as well as leaders from his party holding a substantial influence in government. 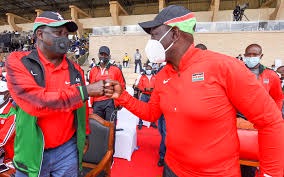 But if Raila ignores this Godsend opportunity and decides to run for President then he should be ready for a humiliating defeat. He does not have Kamba support, he has little in Mulembe nation, zero chance in Kalenjin land, political conman ship in Mumbi nation as well as an uphill task in coastal areas after their leaders are seen to be warming up to forming their own political party. 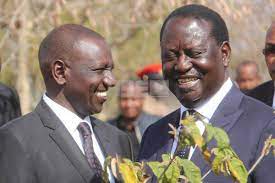 There is only one option for baba, give us the hustler nation a preferred running mate and endorse Deputy President Ruto as the next President.

Kalonzo Musyoka Kamba Musalia Mudavadi Raila Odinga William Ruto
Opera News is a free to use platform and the views and opinions expressed herein are solely those of the author and do not represent, reflect or express the views of Opera News. Any/all written content and images displayed are provided by the blogger/author, appear herein as submitted by the blogger/author and are unedited by Opera News. Opera News does not consent to nor does it condone the posting of any content that violates the rights (including the copyrights) of any third party, nor content that may malign, inter alia, any religion, ethnic group, organization, gender, company, or individual. Opera News furthermore does not condone the use of our platform for the purposes encouraging/endorsing hate speech, violation of human rights and/or utterances of a defamatory nature. If the content contained herein violates any of your rights, including those of copyright, and/or violates any the above mentioned factors, you are requested to immediately notify us using via the following email address operanews-external(at)opera.com and/or report the article using the available reporting functionality built into our Platform