The August elections seem to be one of the toughest elections that IEBC ever conducted. Its an election that puts the political master against his political student in the same ring of contest. The presidential elections will see both Ruto and Raila being on the ballot, competing against each other for the first time. 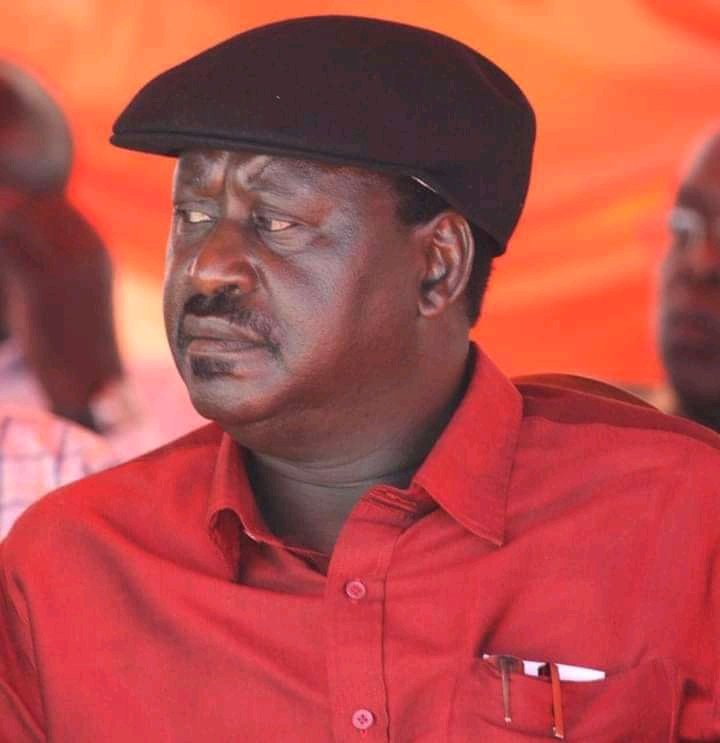 While fairness and rigging has been part and parcel of the elections period, IEBC chairman must put in place enough measures to combat any rigging attempt which might affect the outcomes of the general elections. So far, The Azimio-Oka Coalition has sparked an uproar in the whole country on something they believed Ruto is planning. 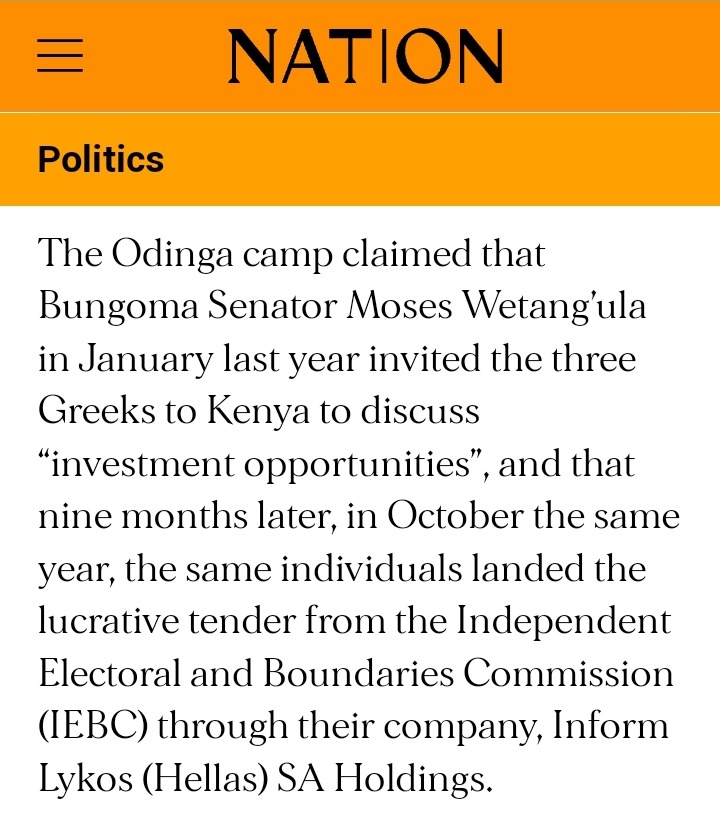 According to Azimio Secretariat, Deputy President Dr. William Samoei Ruto is planning to smuggle votes through Kenya-Uganda border at Bungoma. 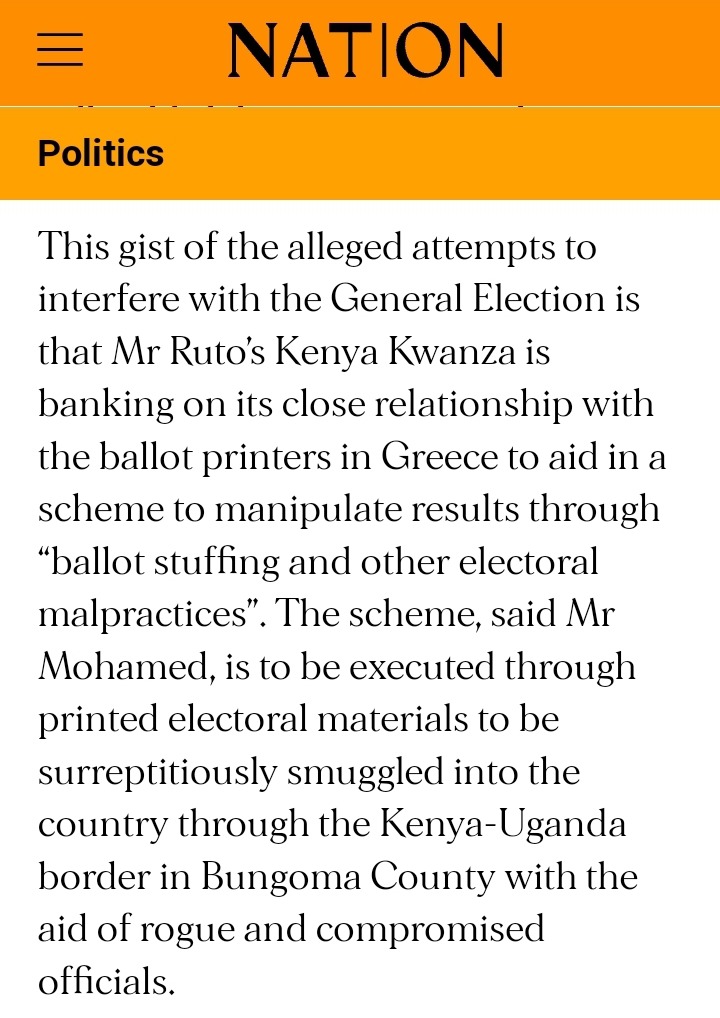 Mr. Muhammed now says that the Greek Company Investors were awarded the IEBC tender due to personal intervention with the Senator Moses Wetangula. He clarified that its after the three directors of the company visited the country early January 2021, that they later got the tender nine months later on October 2021. 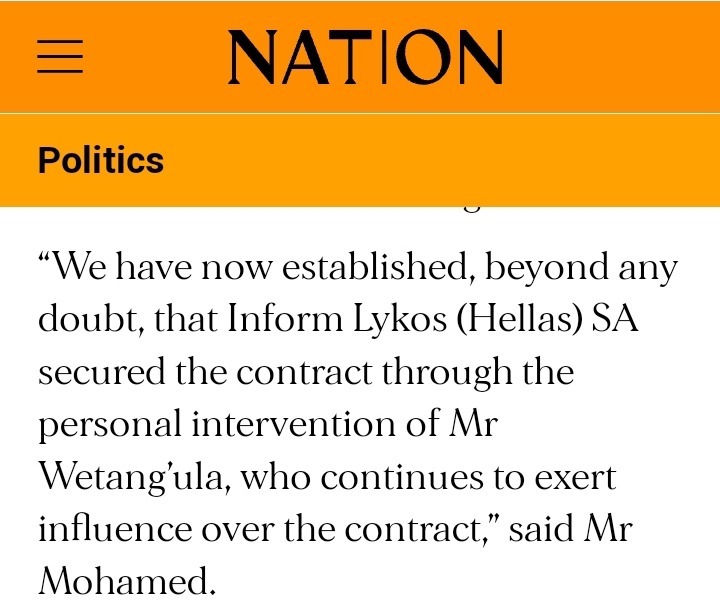 The Azimio political outfit claims that Moses Wetangula also wrote to the Greek Ambassador to Kenya Mr. Antonios requesting him to allow Makokha to travel to Athens, Greece. The Lykos Campany which managed to win the IEBC tender through intervention of Moses Wetangula is located in the same city.

Keep it locked here and follow me. Leave and a comment as we try as hard as possible to bring to you all these information at the comfort of your zone.

Chebukati Finally Breaks Silence On The 4 Commissioners, Alleges What They Planned to Do

Photos of Ruto's Meeting At Karen And Sakaja Meeting with MCAs