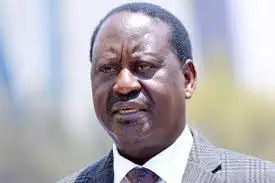 With the clock running down to the much anticipated 2022 general elections, political temperatures have gradually continued to hit the peak as fresh details emerge on daily basis.

Political leaders are in last minute rush to find suitable political vessels that would see them sail through in various elective positions come August next year.

The MP grabbed headlines after she was caught up in the chaos during the launch of the Azimio la Umoja at the Kasarani Sports Stadium.

The legislator was roughed up by security personnel as she made her way into the event presided over by Raila Odinga.

At the time of the incident, she had sent mixed political signals on her political affiliation after hosting Ruto in her constituency.

Orange Democratic Movement (ODM), through Secretary General Edwin Sifuna issued an apology to the MP. However, he noted that the fracas witnessed was because she failed to communicate with the organizing committee that she would attend .