News: Race for Ikolomani seat thickens as this school principal joins the fray

By NewsHouse (self media writer) | 27 days ago 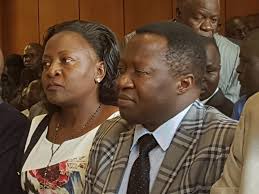 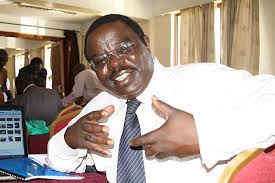 Their entry increases the number of the MP's opponents to six.

The others include businessmen Vincent Mukhono and David Liyayi, an agricultural consultant Antony Makwaka and a retired Principal Paul Bulinda.

Shinali is fighting for his political lifeline after losing support on the ground when he declared his interest in the Kakamega gubernatorial seat and started campaigning in other parts of the county, only to chicken out later.

Engineer Butichi gave the MP a run for his money in the 2017 elections and only lost through the courts. But his supporters believe he won.

He however got into trouble when he switched to Kibra in Nairobi where he vied in a by-election on Ford-Kenya ticket following the demise of the then area MP Ken Okoth.

Former Kakamega Senator Boni Khalwale, who was the Ikolomani MP between 2002 and 2013, lashed out at the youthful politician saying his decision to vie in Kibra had jolted his chances of ever serving as the Ikolomani MP.

Minishi might be the man to beat due to his active involvement in development initiatives in the constituency and entire county, especially in sports and academics.

But reached for comment, he declined to accept or deny that he was in the race

"I will state my position later. I am just concentrating on nurturing my young boys at Nanyuki and elsewhere for them to have a brighter future," he said.

Kindly follow us for more news and updates. Watsapp your publication on 0755828224

Ruto Reminded What he Said About Uhuru Just A Day Before