Politics of Dynasties and Hustlers

By ALPHATITAN (self meida writer) | 5 days

The history of sons inheriting fathers and families being at the helm of leadership for decades go back to colonial times. This not only happens in Kenya, which is a democratic nation but also in dictatorial and aristocratic governments in different Countries in Africa and abroad.

From George Bush, to incumbent President of Togo Faure Gnassingbe, former Philippine President Corazon Aquino to our own President Uhuru Kenyatta, politics of inheritance and successions are far from over. The only comparison to dynasty politics is to the animal kingdom; who is born in which family and how much power do you hold. 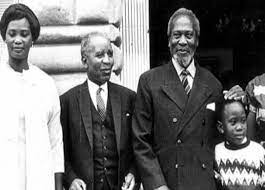 Politics go hand in hand with popularity, money and power. Any politician who comes from a humble background has to work twice as hard as a politician looking to inherit a prominent powerful family member. Kenya's politics have not been any different as for one to be elected to a political seat, a lot of convincing through handouts and endorsements is done to guarantee a victory.

Two of the most prominent families that have been in leadership since independence are the Kenyattas and the Odingas. These are not mere names to mention on the political arena as any association to the families can end up elevating anyone to a political seat without killing a sweat. This can be seen from different appointments that have been made in government previously including Ruth Odinga being the Deputy Governor of Kisumu County, Jakoyo Midiwo Being MP for Gem, Oburu Odinga being appointed to the East Africa Assembly, Nana Gecaga being appointed to head KICC as CEO, nomination of Beth Mugo to the Senate and many unmentioned. 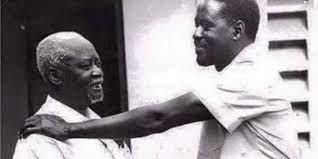 The late Jaramogi Oginga Odinga and the teenager Raila Odinga

The introduction of 'Hustlers versus Dynasties' ideology by the Deputy President as his selling statement in the upcoming 2022 elections seems to have related to many and identified with a lot of voters. This can actually increase his chances of capturing the highest seat of the land. He simply breaks it down that people have to be empowered from down upwards and not up downwards. Money has to reach the lowest placed Citizen in the chain to ensure economic empowerment.

The 'Dynasties' have apparently countered this by stating that no one wishes to be born where fate puts them. It's actually high time that such conversations on national platforms should be toned down to ensure avoidance of very ugly scenes of who has against who lacks that can lead to chaos. Until such a time comes when we all have matured politically to ensure decisions made and people elected represent the people and not families, we will always play the politics of 'Dynasties versus Hustlers'.

Content created and supplied by: ALPHATITAN (via Opera News )