By News_KE (self media writer) | 1 month ago 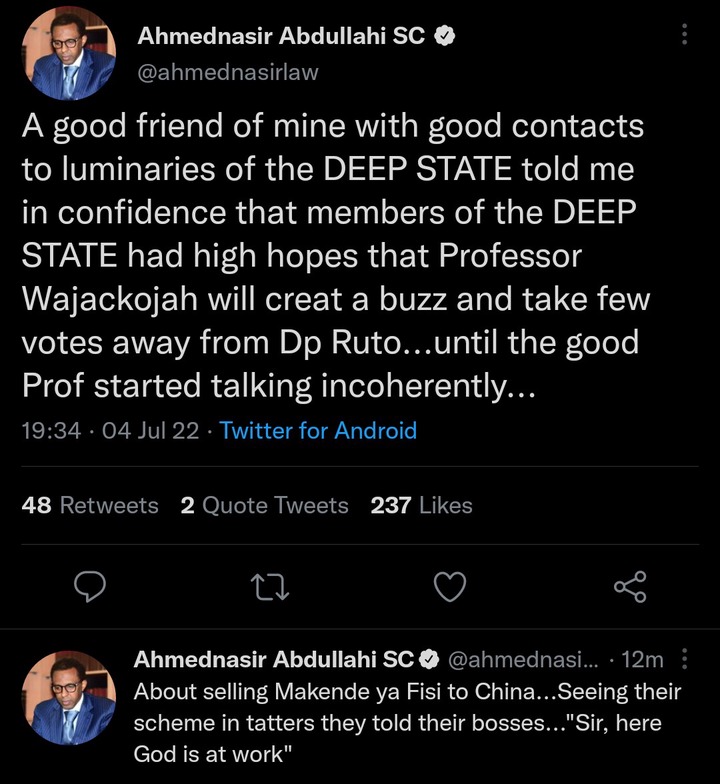 A renown Nairobi city lawyer Ahmed Nassir, famously known as 'Grand Mullah ' , has this evening raises claims that he has received information of a hatched plan by the so called 'deep state' to use Wajackoyah to take some votes from Ruto. The lawyer raises this claims through his twitter account. He claimed that he received this information from friends who are in contact with the 'deep state ' . 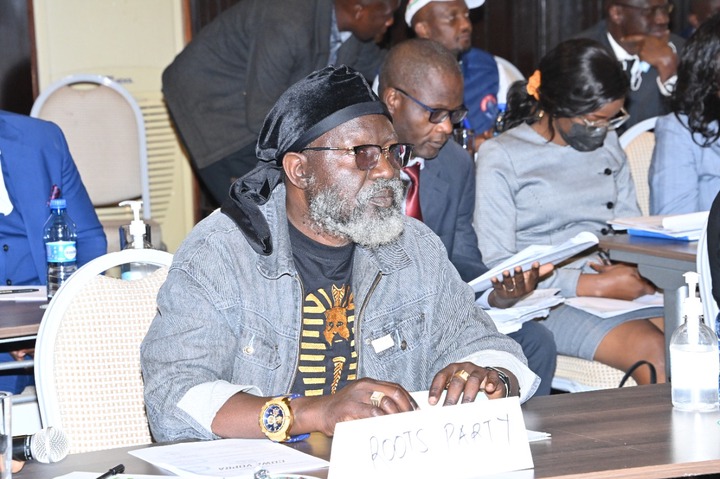 The lawyer was criticizing the act stating that it did not work as they had planned. This is after George Wajackoyah, while launching the manifesto of Roots party, stated that his government will export hyena testicles to China to earn revenue for the country. This is what tainted the image of Wajackoya bad and lost the little support he had garnered through his campaign spree. 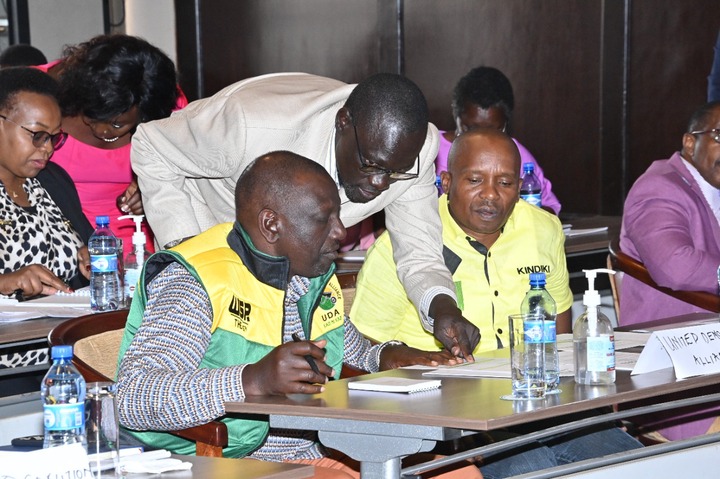 Ever since Wajackoyah launched his manifesto, negative comments have been spreading about his eligibility into leadership because the manifesto were not concrete. With all these developments, the Grand Mullah claimed that the plan by deep state did not work.

Content created and supplied by: News_KE (via Opera News )