Did You Know Magufuli Was Following Kenya's Prayer Day? Here's His Message 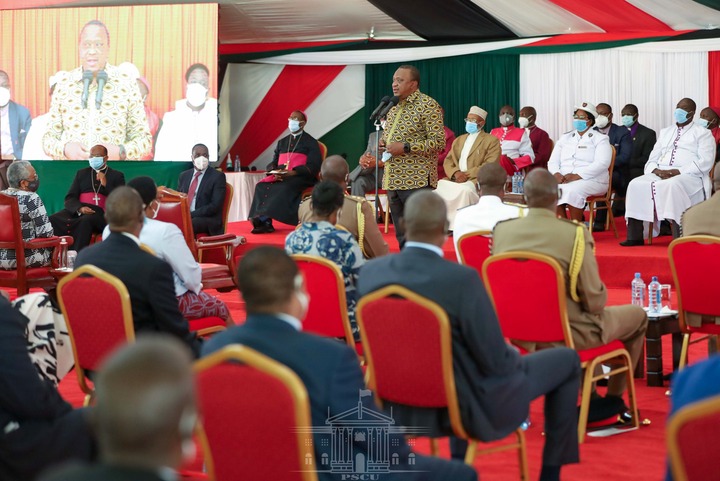 Just like the way it had been announced by the office of the Interior Cabinet Secretary Dr Fred Matiang'i, today October 10th was a public holiday named 'Huduma Day' which was used to bring Kenyans together.

The day was what used to be Moi Day and as one way to retain it as a holiday after restoration of the same in 2018, it was renamed to mean something better.

The program in the marking of this year's Huduma Day included holding of National Prayers which in this case were conducted at State House Nairobi with the Head of State and his Deputy attending.

An hour after the end of those National Prayers, it emerged that Kenyans were not the only ones following the event.

In a Twitter post, the office of the President shared photos of the event with a caption that talked about the President's short message. 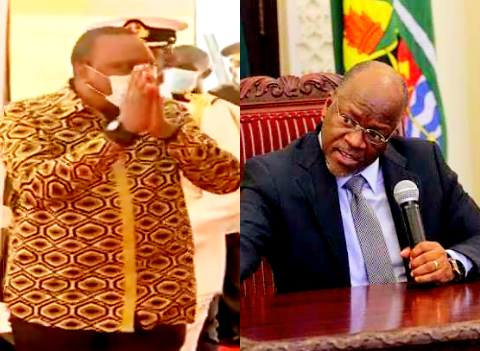 But what caught my attention in that post was Dr Magufuli being tagged in it as seen below. 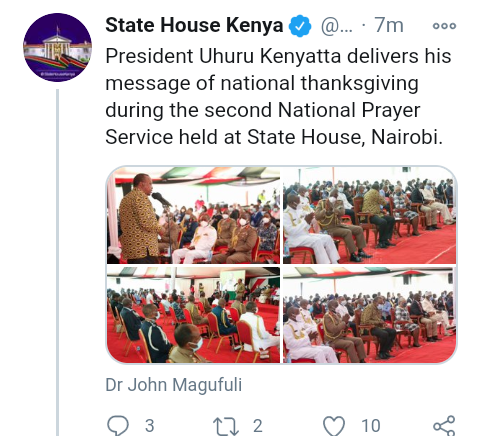 A few minutes after raising my own guesses, State House added additional photos but this time with a caption that seemed to explain why Magufuli was tagged.

The caption ran that "the inter-faith prayer service was followed by His Excellency Dr John Pombe Magufuli, the President of Tanzania."

His message to Kenyans as delivered to President Uhuru was that "Tanzania is in solidarity with Kenyans as they pray for their country." 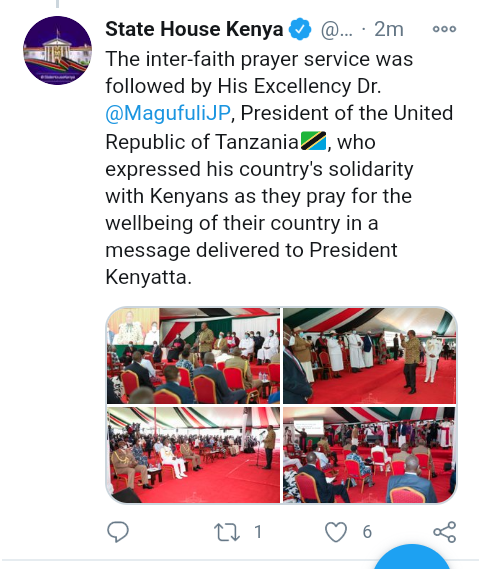 The amount of money you need to start a Bodaboda business in Kenya.