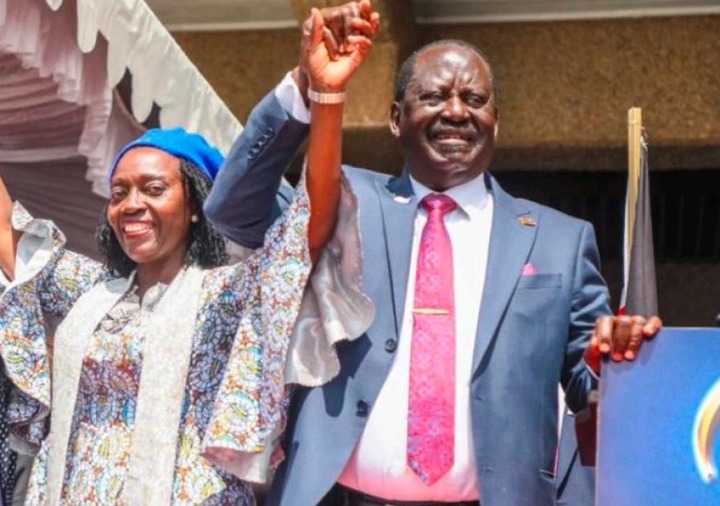 Kenyans have reacted to the events that have favored the presidential ticket of the Azimio la Umoja Movement-One Kenya Alliance coalition, which is made up of ODM leader Raila Odinga and his running mate Martha Karua. women were chosen from the county that is thought to be the heartland of Dr. William Ruto, the presidential candidate for the Kenya Kwanza Alliance coalition.

A group of women leaders from Nandi County, led by former minister Dr. Sally Kosgei, reportedly endorsed the Azimio la Umoja Movement-One Alliance coalition's candidacy and began a significant campaign for Raila and Karua in the area. They have vowed to continue supporting Raila and Karua, saying they support their platform. They also support Karua's selection as running mate, saying they support Karua's potential to succeed Raila as president in the future.

Kenyans have reacted to this report in a variety of ways. Some of them, who appear to be Azimio la Umoja Movement-One Kenya Alliance coalition supporters, welcomed Dr. Kosgei's action while acknowledging that Raila might actually win the presidency if he can secure such an endorsement from his rival's neighborhood. While others, who appeared to be Dr. William Ruto's supporters, derided the action, claiming that it was a waste of time and that the residents of Nandi would not support Azimio flagbearer Raila Odinga.

Presidential Results As Per BBC As At 15:44 PM Today With MPs& Senators Both Coalitions Have Won

Presidential Results: Fresh Update From IEBC as At Friday Evening