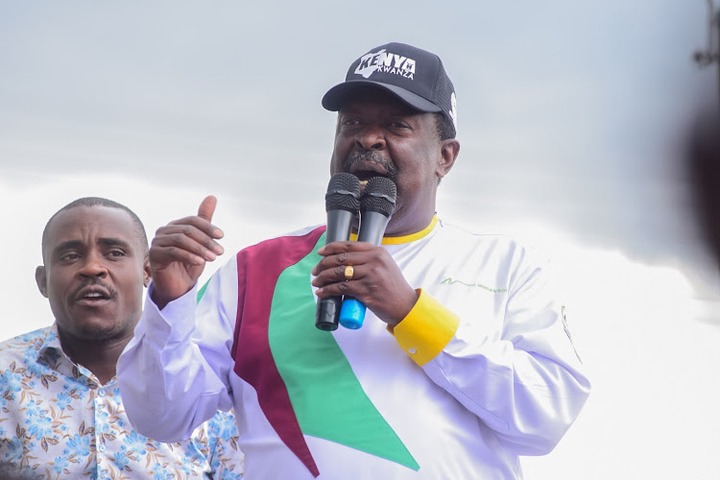 ANC leader Musalia Mudavadi has now revealed the strategy Deputy President William Ruto's camp will use to prevent attempts to rig him out in August.

Ruto and his allies have been worried that there might be a plan to rig him out in favour of ODM leader Raila Odinga, though he has at times also said that he is too smart to have his win and presidency stolen.

Mudavadi, however, has maintained that rigging might indeed be attempted, suggesting that those behind the plan intend to do it at the result broadcasting stage, using a state agency.

Without giving proof, he on Sunday alleged that the Communication Authority of Kenya is being prepared for the job, and has began manipulating the IEBC and it's Chairman Wafula Chebukati as part of the plan. 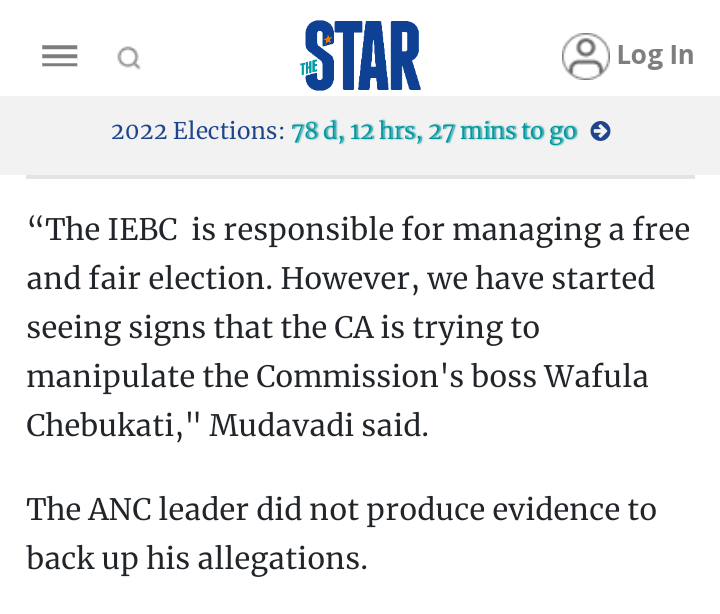 “The IEBC is responsible for managing a free and fair election. However, we have started seeing signs that the CA is trying to manipulate the Commission's boss Wafula Chebukati," the former Vice President said in Nakuru as is reported by The Star.

He claimed that the mastermind behind the plan is ICT Cabinet Secretary Joe Mucheru, a known supporter of Raila and President Uhuru Kenyatta.

But he at the same time stated that they have come up with a strategy to thwart the said plan, announcing that as Ruto's camp they will guard their votes to ensure that Ruto's win is not taken away.

Mudavadi spoke of the use of agents, expressing confidence that this way it will be impossible to manipulate election results.