David Murathe, vice-chairman of the Jubilee party, has urged Kenyans not to pick William Ruto as the country's next leader, warning that his administration may be among the worst in history. 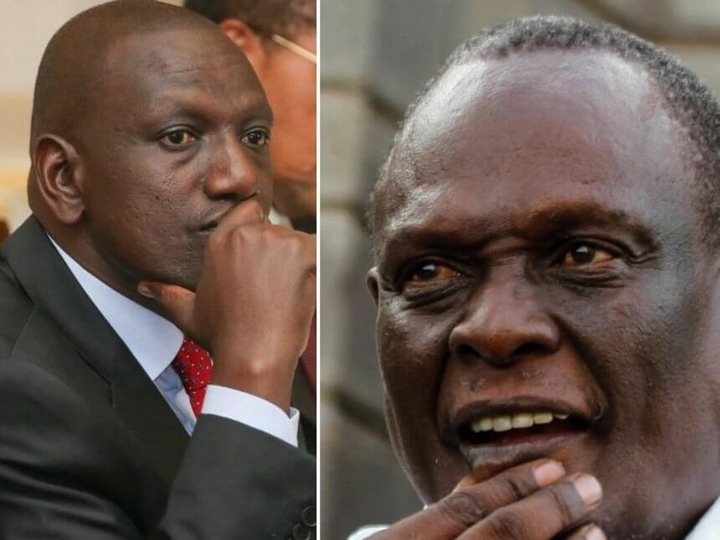 Murathe identified five risky actions Ruto would make if given the reigns of power in an interview with K24 TV. He suggested that these options could be punitive and impede the nation's efforts to foster democracy.

Initially, he declared that the DP would rule with an iron fist and exhibited irritation. Murathe, a close ally of President Uhuru Kenyatta, supported his argument by citing a leaked video in which Ruto is allegedly heard threatening to attack his superior.

He proceeded by stating that Ruto would be an unrepentant president who would not hesitate to use any means necessary to establish his power and advance his goals.

Murathe argued that Ruto's desire to strike Uhuru reflected his nature and worldview. The DP portrayed Uhuru as a weak leader rather than a diplomatic politician in his response to the allegedly linked leaked recording.

However, the director of photography defended himself by asserting that his competitors were now surreptitiously filming and denigrating him.

Murathe argued in his attack on the DP that Ruto would not relinquish power if given the opportunity to succeed President Uhuru Kenyatta by amending the Constitution to suit his personal agenda.

Kenya, unlike many other African nations, is a democracy with a limit of two presidential terms. Murathe asserts that the DP's leader is a vindictive man willing to give his life for power.

In the event that he loses the election on August 9, he asserted that Kenyans will learn more about the guy through the DP's first resolution.

"No one believes Ruto. He has reportedly promised computers and stadiums. Ruto has held a strong position in government for thirty years. If he desired to do something for Kenyans, he has had ample opportunities to do so." Murathe explained.

President Uhuru to Be in Office Until November if Court Nullifies Presidential Election;Lawyer Says