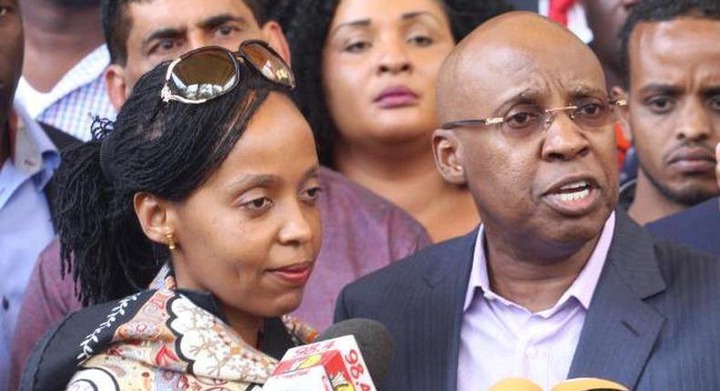 This comes after a Nairobi court issued an arrest warrant for him on charges of felony conspiracy and forgery of a title deed. Wanjigi's seven other suspected co-conspirators, including his wife Irene Nzisa Wanjigu, were also named in the warrant.

They are accused of conspiring to conduct a felony, namely fabrication of a title deed registered under the name of Horizon Hills Limited, on various days between April 9, 2010 and June 5, 2018, with others not before the court.

Senator Kipchumba Murkomen, an Elgeyo Marakwet and close ally of Deputy President William Ruto, expressed sympathy for Jimmy Wanjigi on Twitter. In 2017, he said that the tycoon was a strong supporter of both President Uhuru and Raila Odinga.

"I really sympathize with Jimmy Wanjigi. In 2013 he supported Uhuru.He was then a good man. In 2017 he supported Raila Odinga&to Tinga he was a hero& and to Uhuru enemy NO.1. Now when he deserves combined support of Uhuru&Raila, they combine forces to harm him. Siasa ya Utapeli, " remarked Murkomen.

Man Falls in Love with a School Bursar, Later Kills her After Realizing she Had 2 Grown Up Children

8 Psychology Tips That Are Important To Know In Life

Main Reasons Why You Should Never Ever Give Up On God