Uhuru's Gamble On Presidential Candidate For 2022

By Makunganewshub (self meida writer) | 23 days 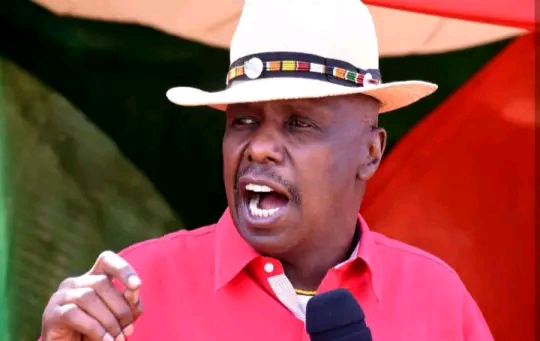 In the OKA coalition, Mudavadi is best bet . We don't have equals in OKA. We only have two formidable politicians who can be presidential candidates, Kalonzo and Mudavadi. Gideon Moi comes in handy because of his networks and brings on board deep state. Wetangula is important in OKA for Mudavadi's sake.

When you compare Kamba votes and Luhya votes Mudavadi has a head start. Selling Mudavadi to Central with a promise of a powerful Kikuyu in the premier position is easy. 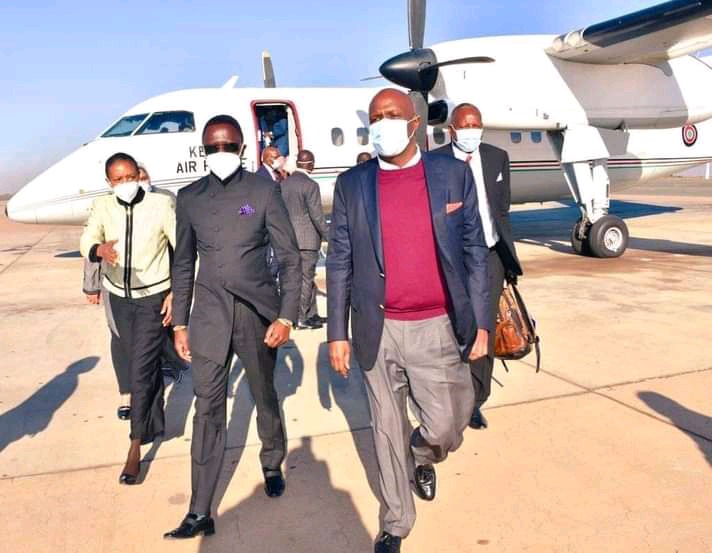 Kalonzo is good but mobilization outside Ukambani is daunting task.

Raila was brought solely to get William out of Jubilee. Uhuru didn't need Raila for BBI to pass, he would have passed it even with Ruto.

Turning around two months to elections and denying Ruto would have backfired badly.

Uhuru simply learned from Moi's mistakes . Moi brought Uhuru in a authoritative manner, without thinking of the repercussions. He had betrayed so many powerful figures. He had betrayed friends and foes alike. He had betrayed, Awori, Raila, Saitoti, Kalonzo, Nyachae, Mudavadi and we had powerful opposition figures like Wamalwa , Kibaki and Ngilu who were waiting for an opportunity to roast him.

Uhuru didn't want to repeat the same mistakes. So he divorced Ruto early to allow for a natural healing and the reality to sink in. No kikuyu will vote for Ruto. On the other hand, he has forced Ruto to use his campaign savings for 2022 before 2022. Ruto has to pay people to retain them . The reason you see Khalwale, Washiali, Didimus, Mwambu , Kuria silent is because cash is not flowing. By 2022 if Ruto doesn't finance them, they will abandon him. Let's be realistic, how does Ruto benefit Didimus in Bungoma or Ndindi Nyoro in central if not giving them money? He's more of a baggage to them that they will be happy off-loading.

So Ruto is as good as done , you can't be president without, Central , Nyanza and Western.

For Raila's case it's easy, by accepting to join hands with Uhuru, he detached from his staunch supporters. Some are just supporting him because they have to, but deep inside they know baba is stepping on quick sand. They know he has lost his footing. That association has made Raila weakest in history. He is where he was in 1997 but without a vision now. He has lost his comrades who have also pulled a fast one on him. Baba survives on the mercies of Uhuru and there's nothing he can do to salvage his situation. 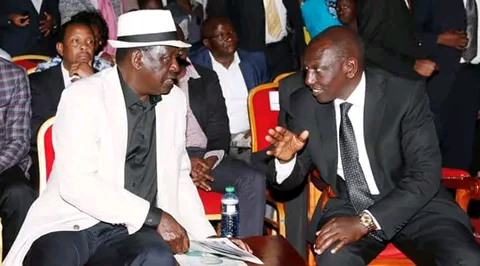 Contrary to ODM and UDA supporters who are literally living in Utopia, there's no secret card that Raila or Ruto holds. Raila supporting Ruto or Ruto supporting Raila is not a secret card. Deep state is aware and is trying so hard so that it goes that way. They want to face a unified force of Raila and Ruto. That's no secret . Why call it a secret card? Only a person in government can play a secret card . If Ruto would have been in government, then bolt out and form a unified force with NASA that could work. In this case Ruto has been relegated to opposition already.

In short Uhuru is in control and pulls the strings. At the end of the day, your next president is highly likely to be Mudavadi and if all goes bad then Raila will be president. That's my take.

Content created and supplied by: Makunganewshub (via Opera News )

"It's True I Attended The Said Meeting But..." ODM Claims State is Planning to Rig Elections