Are You in UDA or Jubilee? DP Ruto Finally Clears The Air

By Summary (self media writer) | 9 months ago 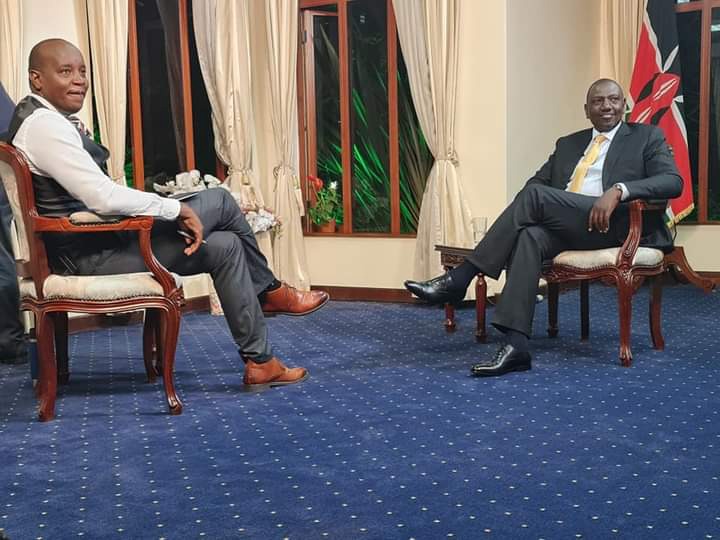 Deputy President William Ruto on Thursday night appeared on Citizen TV where he addressed myriad of issues from political to his personal relationship with President Uhuru Kenyatta.

The DP, in an interview that he appeared emotional and poured his heart on a number of frustrations, spoke on the current situation in Jubilee Party.

This follows a series of drama that has been witnessed in the ruling Jubilee Party that has seen his allies kicked out of plum positions in government, the Party and him labelled persona non-grata.

This has seen a number of leaders allied to the DP move to UDA party where they have been identifying themselves with the outfit ahead of 2022 even as they declare openly that they have left the Jubilee.

When asked whether he was in Jubilee or UDA the DP opened up on frustration he has gone through in Jubilee and added that if he is locked out of the ruling party, he will move to UDA party which has a pre-election agreement with Jubilee.

He said he is the only man standing n the Jubilee Party after his allies became impatient after being kicked out of Jubilee and oted for UDA.

"I am locked out of Jubilee Headquarters and that is very emotional because I had invested a lot of time, a lot of energy, and resources to build Jubilee party only to be sidelined," said Ruto.

"In the event Jubilee party will not be available, then the best option will be to shift to sister party the United Democratic Alliance Party bdmecsuse it shared common ideology with Jubilee," He added.