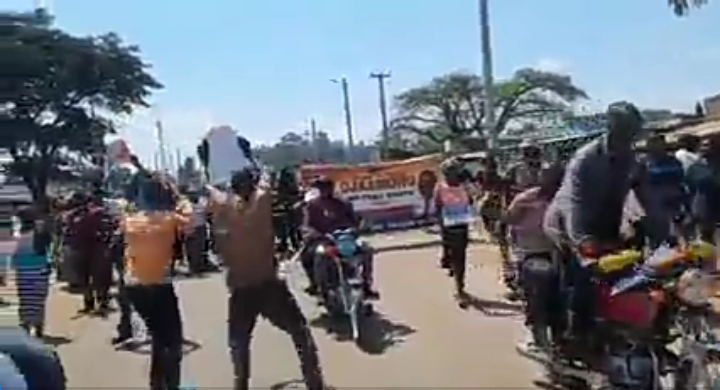 Oparanya argued that during Ojamong's reign, nothing good was done in Busia. They farther stated that Busia is still the third poorest county despite the governor receiving enough funding from the national Government. "Busia has no single tarmac road, it is the third poorest county," Savula who was part of Savula's team argued.

Oparanya's calls seem not to have settled well with Ojamong's supporters who took it to the streets to Busia town to protest. Carrying Ojamong' banners and placards, the crowd made rounds win Busia town. "Hatutaki Oparanya! hatutaki Oparanya!," they shouted.

Surprisingly, Ojamong' is running on an Azimio ticket. In his campaigns, Ojamong' promises lots of goodies to residents should they vote him as their Member of Parliament.