Uhuru's Ally Confirms Deep State Exist, Reveals Its Members And What They Do

By CasWrites (self media writer) | 27 days ago 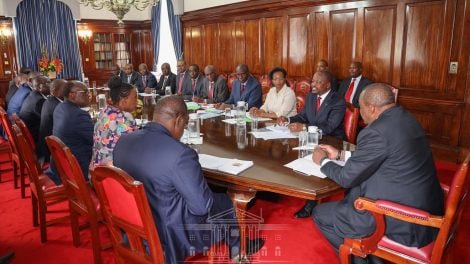 For a long time, allies of Deputy President William Ruto have been claiming that the deep state has been harassing and humiliating them.

They said that the deep state was working from the Office of the President and has been involved in what has been happening, to Hustler Nation supporters, such as initiating EACC summons and many others.

And now Kiambu senator Kimani Wamatangi, a close ally of President Uhuru Kenyatta, has said that the deep state exists.

He also said that the deep state has been termed badly by some leaders yet it does not do what many politicians claims.

He revealed that the deep state does not rig elections as many believe, but ensures continuity of the government and how it runs its affairs. 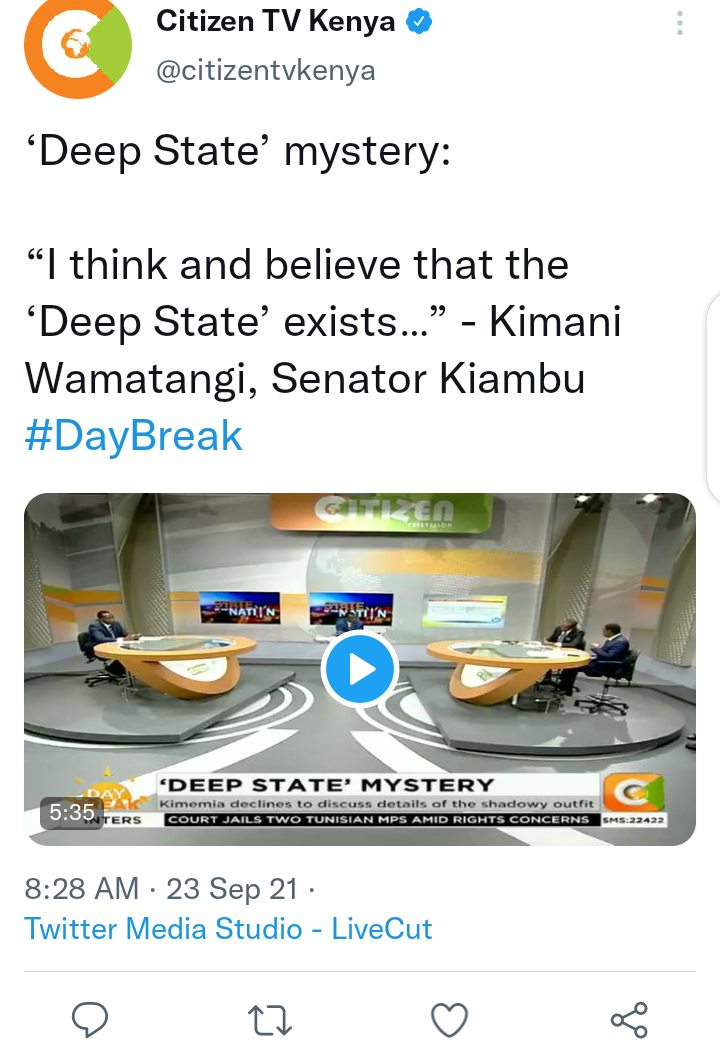 "You know when this government's rule ends, it does not mean anyone working in the topmost state organs must retire or go elsewhere. The government structures have to be maintained for day to day running of government even though the top leadership, let us say the new president is elected," Wamatangi said.

"Those now who will remain in the government even if the new leadership is ushered in ensures the new government continues to perform. Those guys, also called Kitchen cabinet, could best describe the deep state," Kimani added.

"It does not function like what many believe. I have heard many even when someone dies, they claimed the deep state is responsible. That is not true at all," Kimani said while speaking at Citizen TV Kenya today.

To many Kenyans however, the deep state is a class of influential people in government, who are part of the major decisions the state makes.

"Just Not In 2022" Atwoli Alleges When DP Ruto Will Become President.

Vocal Senator Predicts the Next President of Kenya