An overwhelmed crowd temporarily interrupted ANC party leader Musalia Mudavadi's speech as they broke into chants during a speech in which Mudavadi also responded to Azimio leaders' tour of Mt Kenya region. 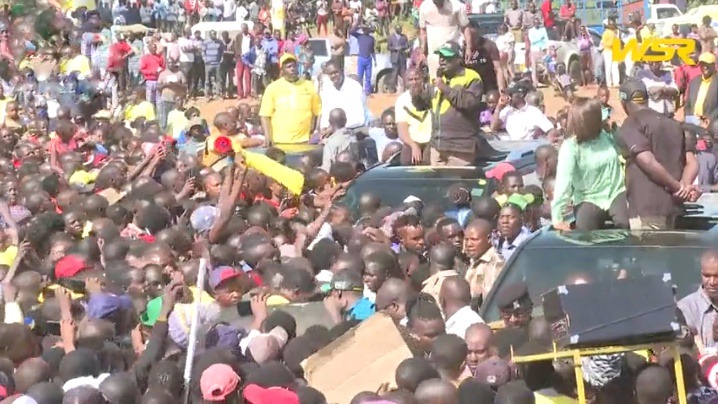 Mudavadi was speaking immediately after DP Ruto's speech in Nakuru when he said that the also toured the Mt Kenya region and realised that the region still supports the Kenya Kwanza team.

Reacting to the Azimio leaders's campaign tours in the Mt Kenya region that was led by Azimio Deputy President designate Martha Karua, Mudavadi said that their is no change in litmus paper on Ruto's support in the region, adding that such leaders were only but on a fashion show.

"Wale wanatembea huko ni wale wale fashion show, kura ni ya Hustler (Those who are going there are on fashion show, the votes are for Hustler)," he added. 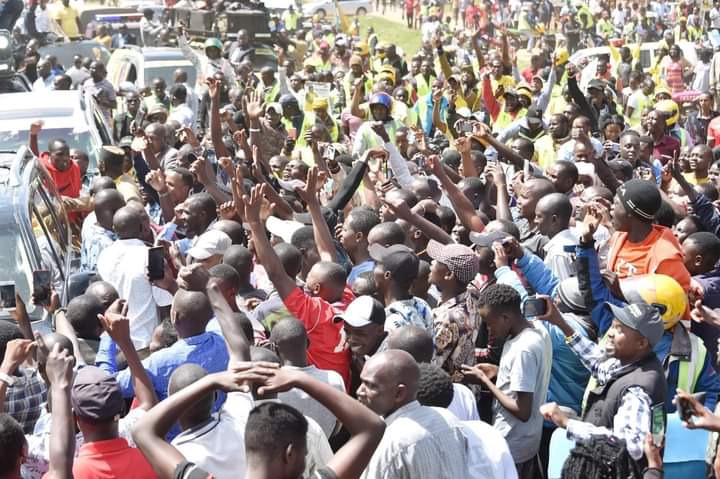 It was after he asked who the residents will vote for in the Governor’s race when his speech was temporarily interrupted.

"Na kura ya Governor ni ya nani? Asante sana (And who will you vote for Governor? Thank you)," Mudavadi said after position the question as crowd showed support for Kihika.

But he was shortly interrupted after attempting to continue with his speech as the overwhelmed crowd who were showing support for Nakuru senator Susan Kihika started chanting.

"Ngojea kidogo(Wait a bit)," Mudavadi who was caught unaware of what was going on told the crowd.

Turning to the left hand side, he spotted the senator seated on top of DP Ruto's vehicle. He then told the crowd that he was not aware that the senator was present at the meeting.

"Ahh, sikuwa nimemuona. Karibu Senator (I had not seen her. Welcome Senator)," Mudavadi said before continuing with his speech. 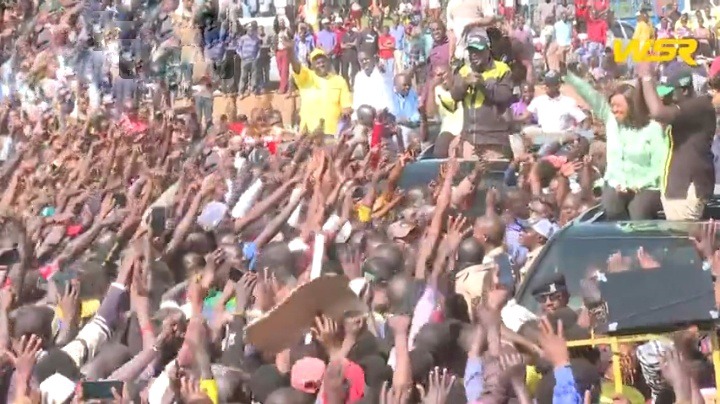