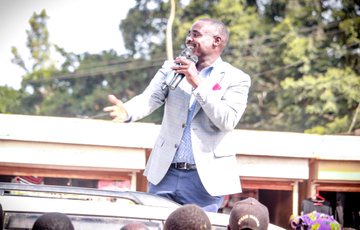 Just a few days after the Kakamega Senator appeared in a video clip while using foul language against the police force, his security has now been withdrawn.

Malala who was campaigning in his Kakamega County was heard degrading members of the police force as people who are illiterate and that the only thing they could do best is to carry a gun. This statement by Malala triggered outrage among Kenyans and even the police force itself.

After the police force vented their concerns through a detailed letter castigating the senator, Malala decided to apologize through his official social media handle however that apology didn’t seem to have appeased the police.

Cleopas Malala has been at the center of controversy since his irresponsible remarks because now Kenyans, especially on social media, have started a conversation about whether he has learned himself and whether he has genuine papers. 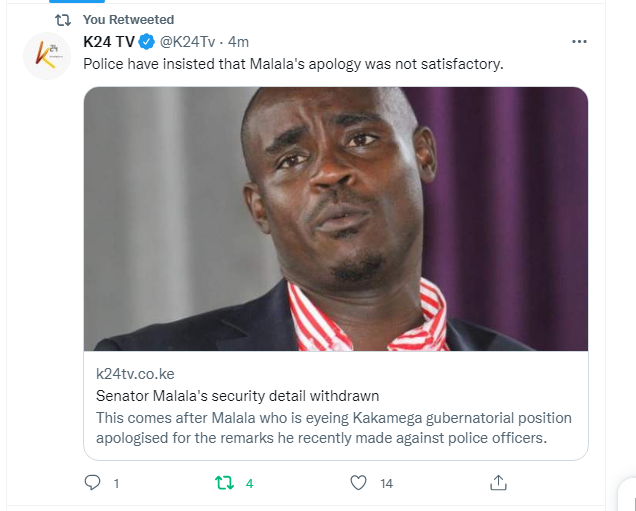 According to one of the media houses, the withdrawal of his security resulted from the police considering his apology unsatisfactory.

Nairobi Man,27, Beaten To Near Death By Locals After Killing Sister,9, For Being Disabled And Burden