The allegations of a printer for ballot papers tender have been given to Moses Wetangula of the Ford Kenya political party, who is also a senator from Bungoma. 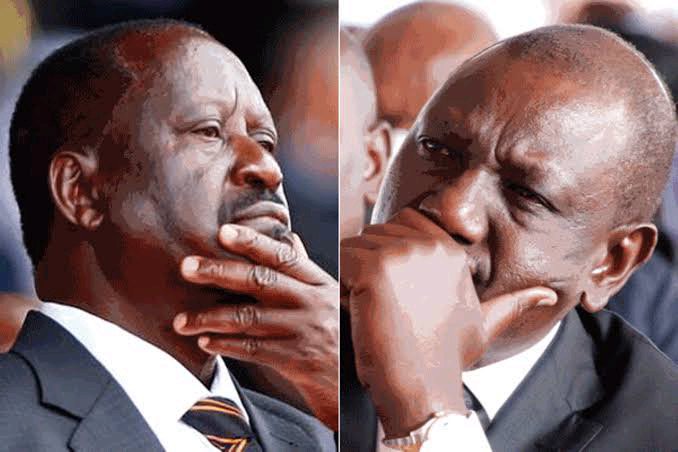 According to a report in today's Daily Nation newspaper, the Ford Kenya leader, who is close friends with Dr. William Ruto, Kenya's deputy president, met with Greek firm officials just months before the firm agreed to pay millions of Kenyan shillings to the IEBC to supply Kenyans with ballots and other election-related supplies.

The fierce contest for the presidency is being fought by vice president William Ruto and former prime minister Raila Odinga of Kenya, who is running for the office for a record-breaking fifth time.

the leaders of the Kenya Kwanza Alliance claiming to have a plan for Kenyans, with what is known as a "do or die" situation. Moses Wetangula, an officer in the coalition, has a strong connection to several of the businesses who won the contract to print the ballots for the upcoming general elections.

Wetangula, a significant ally of William Ruto, the deputy president, was connected to the Greek firm's officials months before they received the independent election and borders commission's tender, according to the headline in the daily country newspaper.

According to rumors, the representatives of the Greek company visited Wetangula at one time while they were in Kenya, and the senator for Bungoma County allegedly sent his aides to go and previsit the company. 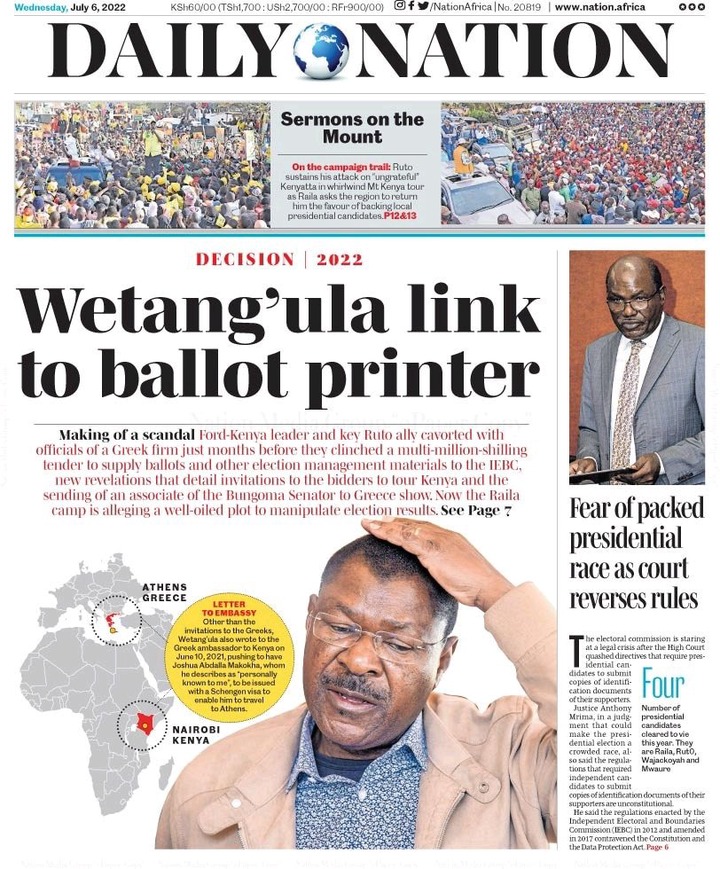 "Just months before they won a multi-million shilling contract to deliver ballots and other election-related supplies to the IEBC, Wetangula, a leader of Ford Kenya, a major friend of Ruto, and representatives of the Greek company engaged in frolic with one another. The dispatch of a representative of Bungoma County Senator to Greece and the comprehensive invitation to the bidders to visit Kenya, as revealed by recent revelations, "the news source said.