Deputy President William Ruto is now in hot soup and may soon face the wrath of his boss president Uhuru Kenyatta after tarnishing his name in Mombasa county. 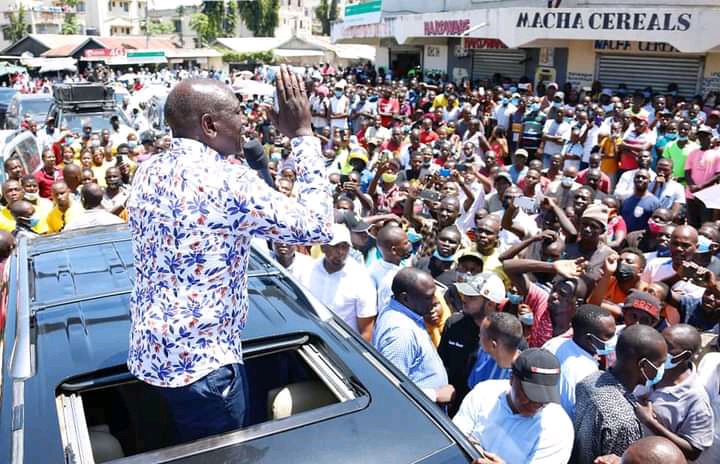 According to the video by citizen television, deputy president William Ruto was heard Calling Raila Odinga and Uhuru Kenyatta conmen claiming that they attacked him.

Ruto said that he pushed Uhuru Kenyatta in 2013 and 2013 two times until he became president and same to Raila until he became prime minister but now that he wants to help poor Kenyans to have something in their pockets,the two are now calling him names like a thief,a chicky person and so forth.

"Listen here my friends,I helped uhuru in 2013 and 2017 until he became president,am I lying? Then I also helped Raila Odinga in 2007 until he became the prime minister,now that I want to help you the common people to get money they're calling me by names that I am a thief,even saying that I am cheeky. Are they not conmen?," He said.

This statement of Calling Raila Odinga and Uhuru Kenyatta conmen may soon land him into trouble as it is like a Disrespect to his boss.