By Nyakoko.Trueboy_UPDATES (self media writer) | 2 months ago

The Star newspaper and the nation newspaper are today trying to highlight the next face of Ruto's administration just a few days after he mentioned his list of Cabinet secretaries who are expected to be sworn in after a thorough vetting in Parliament. 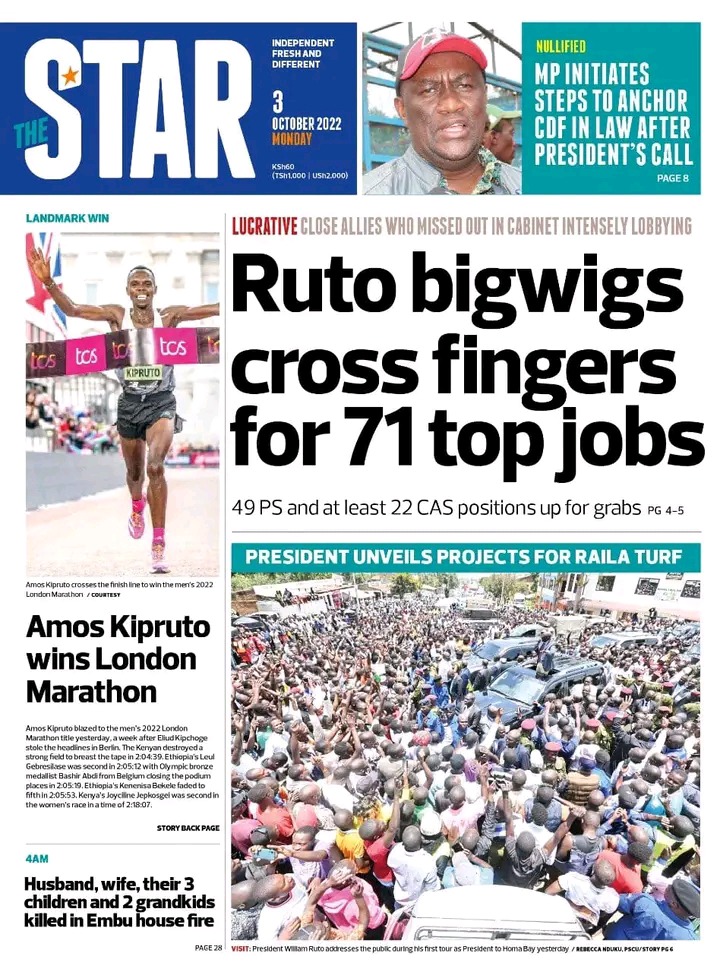 With Close to 20 cabinet secretaries position already issued, some of Ruto’s closest allies and governors who defected Azimio la Umoja immediately after the first announcement of the presidential results are expected to know their fate on whether they will reap from Ruto’s administration or they will remain in the cold. 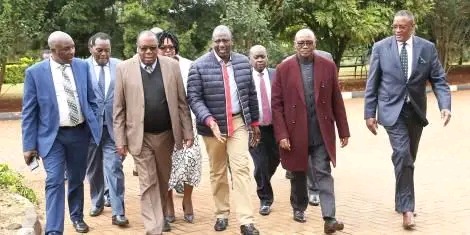 After the announcement by chebukati four governors who were part of Raila's Azimio defected from their previous coalition and joined Ruto’s Kenya Kwanzaa in a bid to ensure that they become part and parcel of his administration. 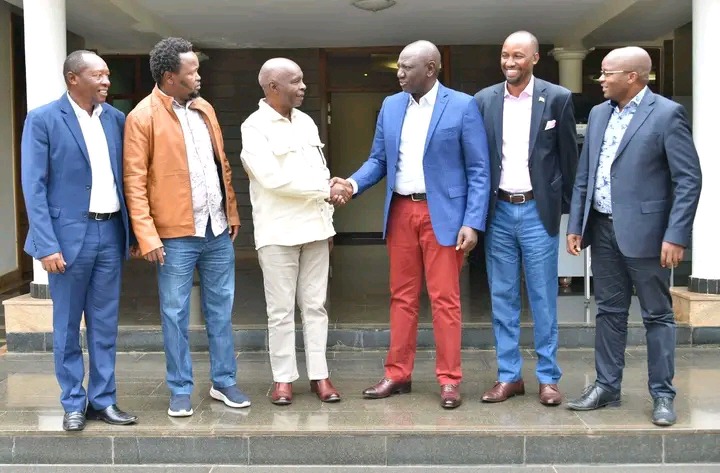 Among those who defected included kivutha kibwana from makueni who also represented ruto as a lawyer at the petition that was filed by Raila Amollo Odinga. 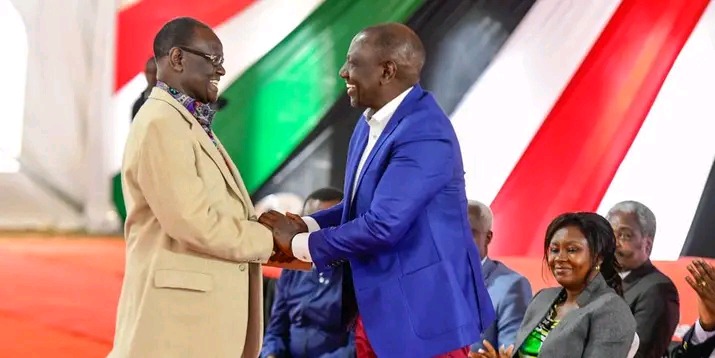 The other two included former kisii governor James ongwae who defected with a team of kisii leaders to Ruto’s party and also Kiraitu Murungi from meru who also defected to Ruto's party.

Last in the list is former marsabit governor and UDM leader Ali roba who defected with a list of seven members of Parliament and members of County assemblies and join routers party.

The Star newspaper highlight that only 72 senior positions are yet to be filled and Kenyans will be waiting to see if this list of governors will make it into ruto's administration.