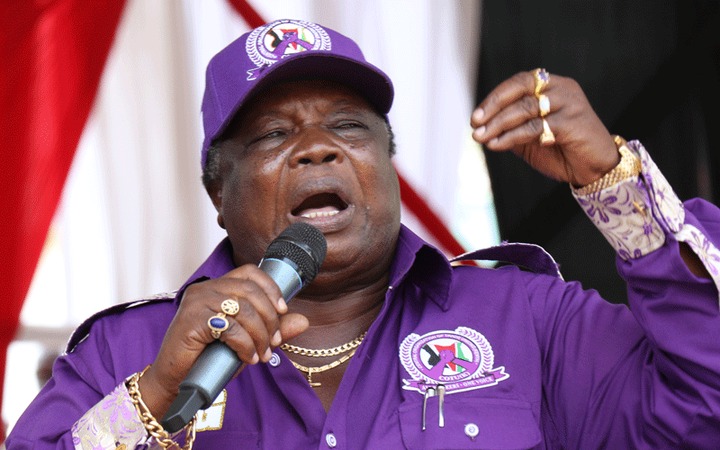 Today was a great day for ANC party and there party leader Musalia Mudavadi as he unfolded about his presidential bid. It was a surprise to many that Deputy President William Ruto was invited to the meeting and Raila was not.Some of the ANC leaders had said that whoever will be present in the meeting is their friend and not a competitor.

Earlier on when Mudavadi was addressing his people and the nation at large,he said that the working conditions for the workers is not at it's best and the crowd started shouting that 'Atwoli must go.'

Atwoli,the KOTU general secretary have broken silence after his name became a topic of concern.He said that in 1994 Mudavadi, while he was a minister of finance,he sneaked in the redundancy clause into the finance bill of 1994,as suggested by the world bank,which allowed employers to declare redundancy without consulting workers.He ended his statement by asking that,how will Mudavadi empower workers.

"Mudavadi, in 1994 while minister for finance, sneaked in the redundancy clause into the Finance Bill of 1994, as suggested by the World Bank, which allowed employers to declare redundancy without consulting workers. So how will he empower workers?"wrote Francis Atwoli. 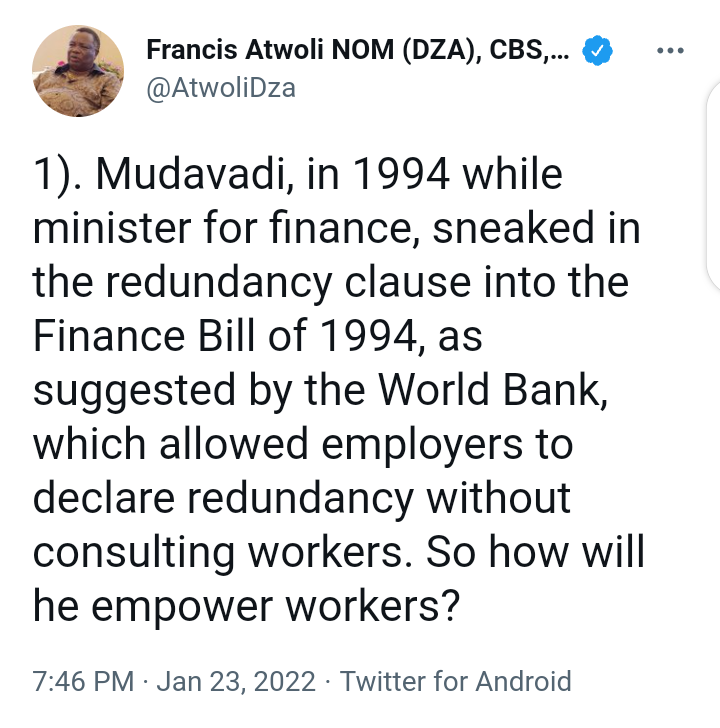 He continued to say that,who told Mudavadi he's going to be the president just for befriending Ruto.Atwoli added that Mudavadi has ashamed the luhyas by allowing Ruto to fund his NDC.

"And who told him he's going to be President? Befriending Ruto is not the key to Presidency.He has ashamed the Luhyas by allowing Ruto to fund his NDC. As I said earlier, ANC and FORD-K are POLITICAL COMMERCIAL KIOSKS for for Mudavadi and Wetangula. I will respond fully tomorrow,"Atwoli wrote. 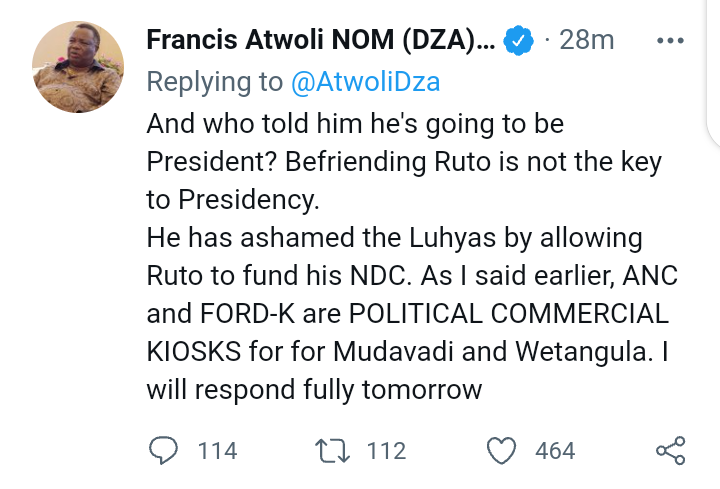 "There is No Time, Move With Speed" Manyora Tells Raila What He Should do Before Official Campaigns

Governor Kivutha Kibwana Welcomes Back Kalonzo to Azimio on One Condition