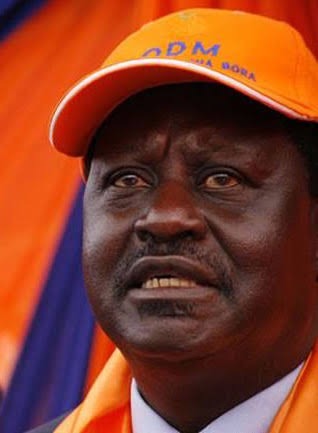 Orange Democratic Party leader Raila Odinga has been told which former African President he needs to emulate in order to cool down the party's crisis.

Former ODM Director of Political affairs and Stategy Wafula Buke while being interviewed by a local daily said that Raila needed to take a cue from Tanzanian's first President Julius Nyerere.

According to Buke, during late Nyerere's tenure, he admitted his mistakes when Ujamaa system he was championing for failed that later earned him respect among the citizens.

Just like Nyerere, Buke said that Raila needed to admits some of mistakes committed within the party and during his quest for presidency in order to end the Rebellion from youthful politicians in ODM.

Apart from owning his mistakes, Buke said Raila needed to crack a painful whip to politicians who are orchestrating Rebellion saying that he is currently 'under capture' hence needed to act first.

Buke also said that Raila needed to align himself with politicians or people who respected the ideals of the party and appoint them in its top leadership positions.

To him, those rebelling, such as Embakasi East MP Babu Owino and Narok Senator Ledama Olekina, do not have interests of the party but their own selfish interests.

Therefore, Raila needed to come up with proper strategies that could see the 17-year-old party survive even after his exit from political scenes. 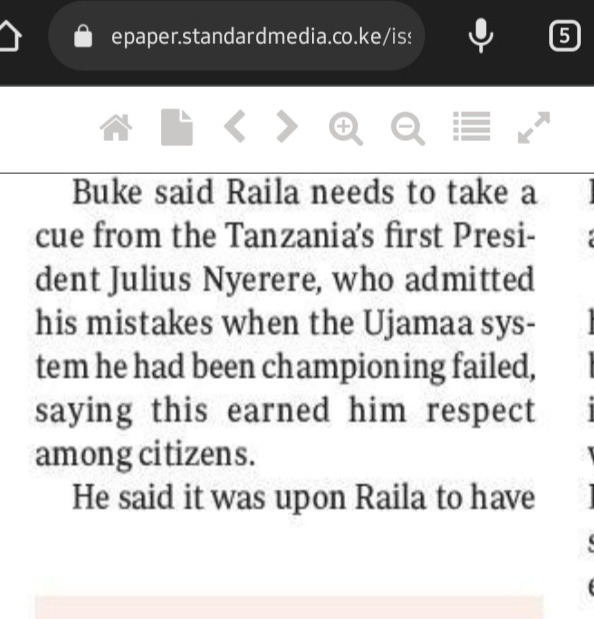