SeesThe Former Prime Minister Raila Odinga today joined other national leaders at Wang'uru stadium in Kirinyaga county to celebrate the heroes who helped secure the country's freedom from the colonial powers. President Uhuru Kenyatta is among the guests leading in the celebrations. 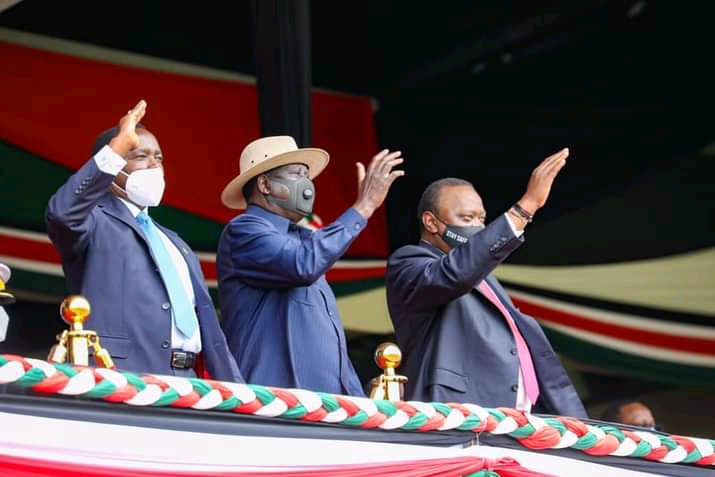 Speaking at the event, the ODM leader caught the attention of audiences when he chose to celebrate the Former President H.E Mwai Kibaki. In his statement, he said that the luos supported the candidature of Kibaki so as to dismiss the perceived tribalism that was spreading like a bush fire by that time.

"There had never been a war between Kikuyus and Luos, they have been partners in the struggle for independence for this country. This tribal thing is skin thing, "

He went ahead to rubbish rumours which dominated the political scene that he had died politically, when he drop his candidature to support the Presidency of Mwai Kibaki.

"When I said Kibaki Tosha, they said that I have died politically. Am a friend of the Mountain, " He said. 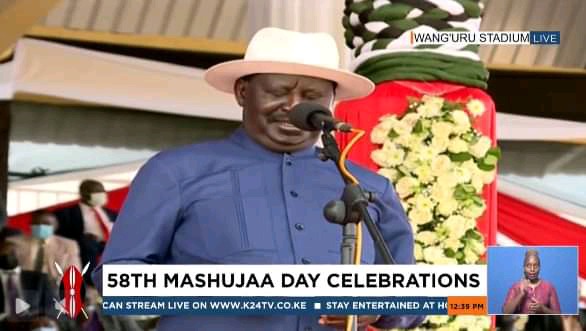 Despite celebrating the Former President, the two almost divided the country during the 2007 general elections. After being announced the second winner, He insisted that his votes were stolen in favour of Kibaki. This saw Kibaki being sworn in at night from Statehouse under tight security.

It took the intervention of the former Secretary General of the United Nation Koffi Annan to reconciled the two, leading to formation of grand coalition government where Kibaki became the President and Raila Prime Minister.

In his series of past campaigns in the Mt Kenya region, he mentioned severally how he helped Kibaki clinched to power. He stated that he took charge of Kibaki's campaigns when the latter got an accident. 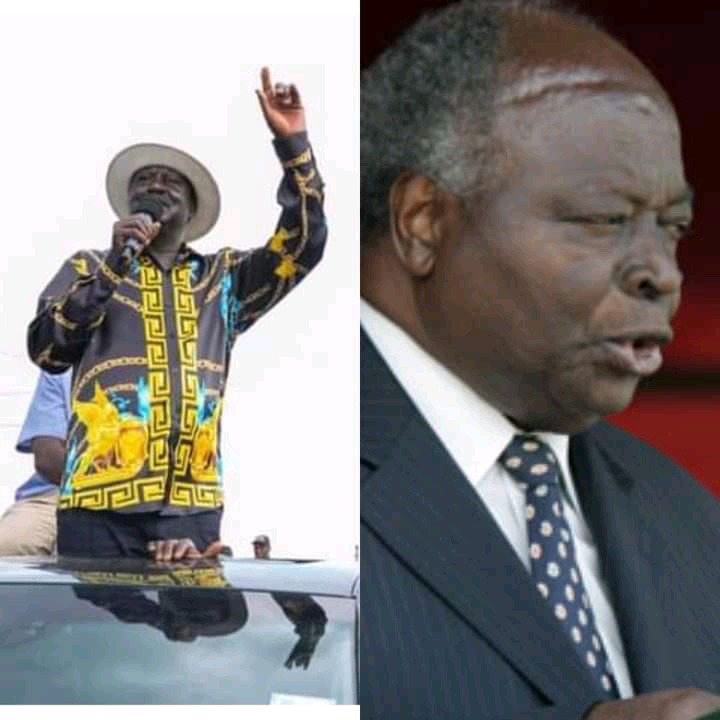 His sentiments forms part of scheme to vow voter from the central region to support his 2022 Presidency where he will be expected to battle it out with Deputy President William Ruto. 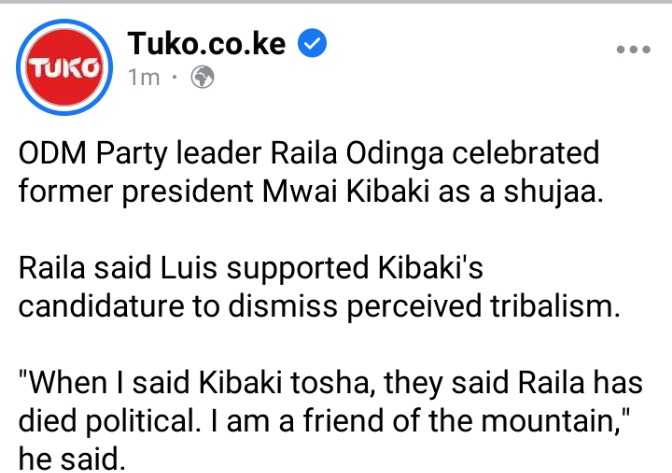