By K-News.Co.Ke (self media writer) | 3 months ago 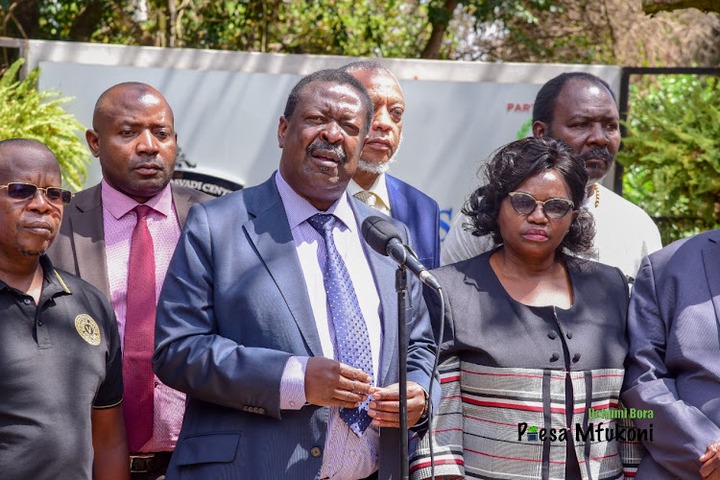 It has emerged that Butere constituency Member of Parliament Honourable Tindi Mwale will be among those who will officially be revived to Azimio la Umoja movement by former prime minister Raila Odinga.

This comes days after Tindi Mwale was denied access to president Uhuru Kenyatta's official State House residence in Nairobi during a top meeting with Members of Parliament from Western Kenya region.

Among the ANC MPs expected to formally announce their joining the Azimio la Umoja is Mr Tindi Mwale (Butere) and Mr Titus Khamala (Lurambi), according to Mr Odinga's spokespersons who spoke to Taifa Leo. 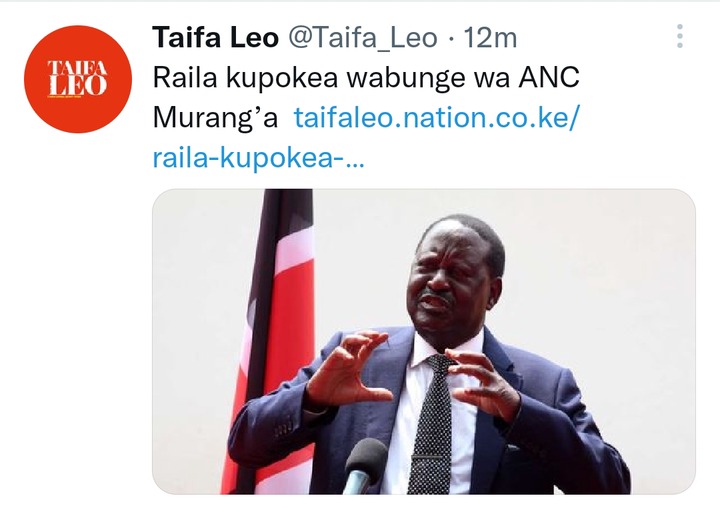 This comes as a huge blow to Musalia Mudavadi and his allies since they have been losing members of Parliament each new day. The ANC had a total of 17 senators and members of parliament but now has less than five.

Mr Kalasinga resigned from Ford Kenya and joined the United Democratic Alliance (UDA) with Dr Ruto three months after he was elected in a by-election held in March 2021 following the death of former MP James Lusweti in December 2020.

Kakamega Governor Wycliffe Oparanya and Mr Atwoli have been used by Mr Odinga to persuade ANC-elected and Ford Kenya 2017 elected leaders to join the Union Declaration.

And dignitaries from Mount Kenya have been meeting with leaders of various communities in the country to try to persuade them to join the United Nations Declaration.

They claimed that the DAP-K party was formed to end Mr Wetang'ula's influence in the West after refusing to support Mr Odinga in the presidential race.

Deputy President William Ruto aims to grab millions of votes from the West through Mabw Mudavadi and Wetang’ula.Mr Odinga also aims to use his visit today in Murang'a County to promote himself.