By KenyaUpdates (self media writer) | 1 month ago 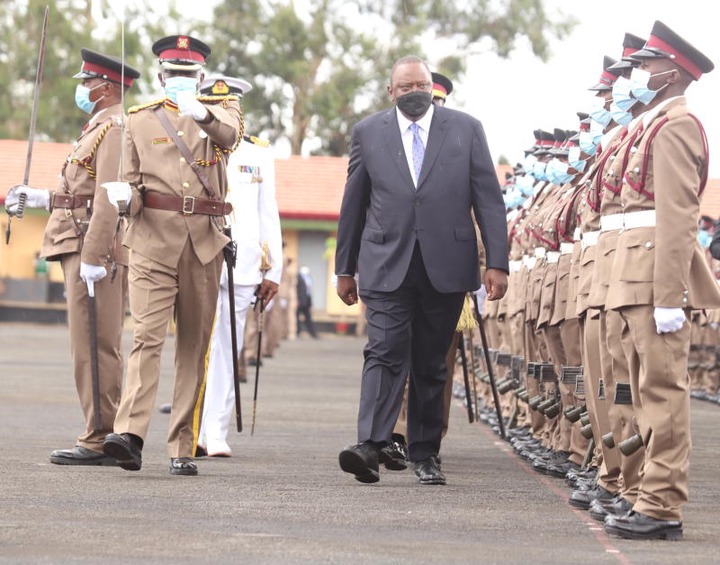 State of the Nation Address today"/>

President Uhuru Kenyatta on Tuesday, November 30 made his second-last State of the Nation address in Parliament where he took time to praise his government’s achievements over the last eight years.

“"In 2013 Kenya was Africa's 12th wealthiest with a GDP of Ksh4.74 trillion in a span of 123years, in just 8 years my administration has multiplied the GDP to Ksh11trillion,” the President said amid cheers from Members of Parliament,

President Uhuru however caused a stir after stating that Kenya can only take bigger steps forward if the people in government stopped stealing.

" We can take only 25 years to become industrialized, especially if we stop stealing,” Uhuru said causing a stir among Kenyans online. The president further praised the Kenya Defence Forces for turning around some of the public institutions that were collapsing, including Kenya Meat Commission.

He stated that it was because the previous managers were involved in corruption, that the KDF have managed to make such institutions profitable again.

"After KDF took over Kenya Meat Commission they turned it around in just a few months. Previously it took farmers 4 years to be paid they are now paid in 72 hours," Uhuru stated.

''Thank You For Telling Thieves The Truth'' Gachagua Salutes Mudavadi

Miguna Finally Reveals Why He Doesn't Like William Ruto, Alleges Why DP Is Better Than Raila Odinga

Ways Of Loving Which Will Make You Master Of Love

The Real Earthquake: Moi And Kalonzo Storm Out Of Mudavadi's Meeting Upon DP Ruto's Arrival