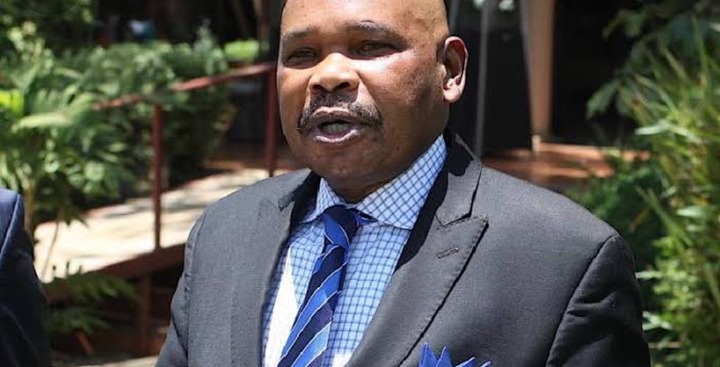 Raila Ally Lawyer Makau Mutua has slammed Dp William Ruto for His claims that He will investigate and jail President Uhuru Kenyatta if He takes power in August, saying that His loose statements might bring problems in the Country, since most of the institutions involved in the same are not capable to do so.

Makau who took to Twitter said that in developed Nations, it is against the public policy for presidential candidates to keep threatening the former heads of State, with malicious Investigations, jail terms, strict prosecution and other bad things, especially if they are using it to gain political mileage for themselves or their allies.

He further stated that the same is even worse in Africa since most Investigative agencies and the Judiciary systems are totally weak and controlled by individuals who have their own self intrests, hence cannot be the right way to deal with the matter, and that will be a show of imbalance in the legal systems. 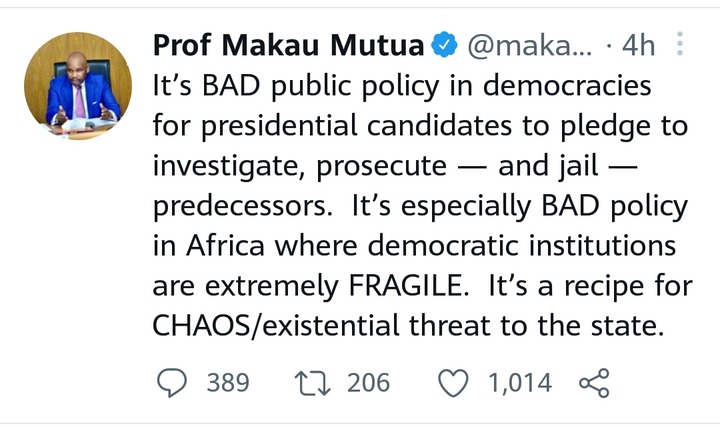 While giving the alleged results of the same, Makau claimed that such utterances and behaviors mostly lead to chaos erupting in a Country between communities, and even becomes an existing threat to a well build state that has been in operation for hundreds of years, since it will bring divisions.

While replying back, His fellow lawyer Ahmednassir Abdullahi said that He has got information from His close friends from the Azimio la Umoja Coalition, who claim that Raila Odinga's sponsors for the Campaigns have been trembling and even ran out of ideas after hearing Dp William Ruto, claiming that He will form a Judicial inquiry that will be used to investigate the loss of Billions from the Treasury for years, and also state capture that has caused Kenyans the menace. 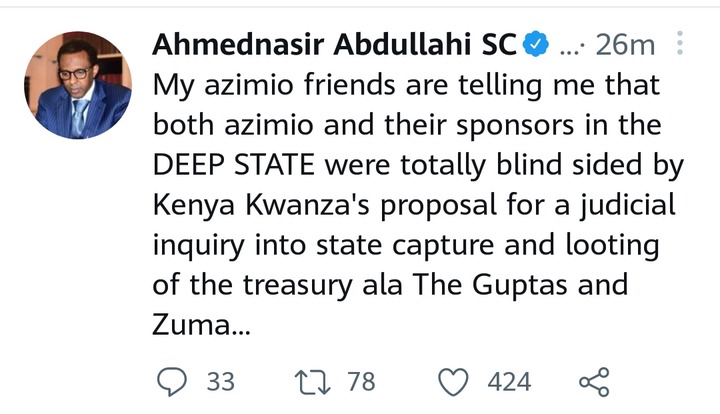 Ahmednassir was seeking to settle a feud with Mutua, following His attacks on Ruto concerning His statements that He said Uhuru will be investigated after August.

The government has been having alot of problems solving the Treasury issue especially when it emerged that there is a group of individuals who are looting the Treasury using Fake tenders and other things, that has highly escalated the National debt.