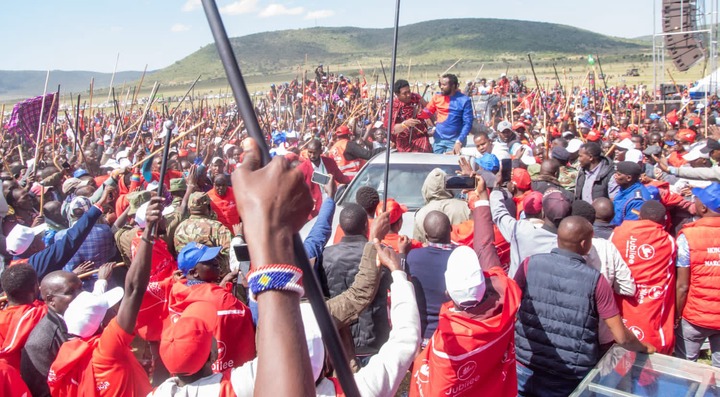 The controversial Mau forest issue has once again taken a centre stage in the Kenyan political arena as the Azimio la Umoja reignited the debate during their rally in Narok County on Tuesday 2022-06-28.

During that rally, the Azimio presidential aspirant Raila Odinga led his team in launching an onslaught against Deputy President William Ruto while blaming him for having a hand in the encroachment of Mau forest.

Raila said that when the fight to preserve the forest was launched several years back DP Ruto was on the side of those who advocated for the encroachment. Raila reminded the residents of Narok how he fought for the preservation of the forest and how he was even ready to forfeit his political career.

The Suna East MP Junet Mohammed while delving into the same issue stated that DP Ruto has been deceiving Kenyans that the Mau issue had already been solved yet there are people still living in the forest.

“Yesterday I heard DP Ruto saying that the Mau issue is over yet he knows very well that there are some parts of the forest which are still under threat,” said Junet.

Peter Kenneth on the other hand accused Ruto of secretly supporting the encroachment of the forest while pretending to be in support of preservation.

“During the day he says people are not in the forest while at night he incites people to go to the forest,” said Peter Kenneth. 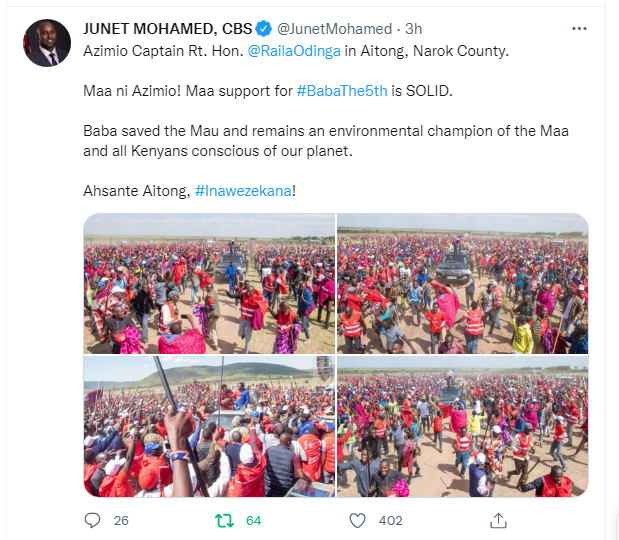 Mau forest has always proved to be a very difficult issue for DP Ruto because of the political and ethnic dynamics in some of the Rift Valley counties like Narok and Kajiado because of the stand he took when the issue heated up more than a decade ago.

OPINION: Things That Made Raila Lose Terribly To William Ruto