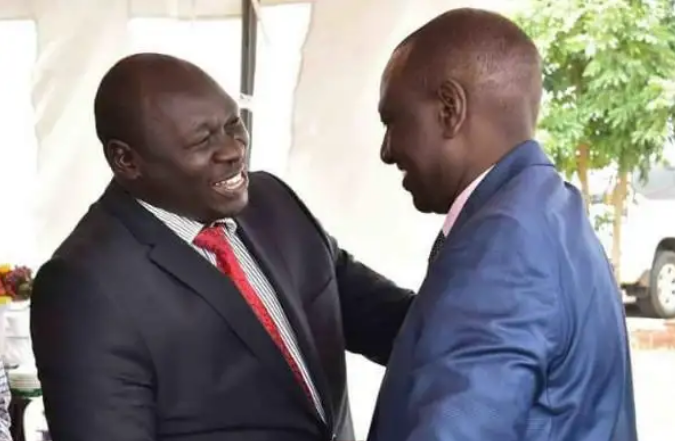 Jubilee Party Deputy Secretary-General and Cherengany Member of Parliament, Joshua Kutuny, has declared who he will support for President come 2022 after listening to people on the ground.

Speaking earlier on, Kutuny said his constituents are supporting President Uhuru Kenyatta and Raila Odinga ahead of the 2022 poll.

According to him, the “ground is saying UhuRao”.

Joshua Kutuny, who clarified that he will be attending the United Nations Environmental Conference in Scotland, raised eyebrows when he missed Jubilee Party key events this week.

“Listening to the ground is very important,” Joshua Kutuny wrote on his Facebook page.

Monday, Jubilee Party leadership called a press conference at its headquarters in Pangani and addressed a myriad of issues including the upcoming National Delegates Conference (NDC).

The press conference did not sit well with Jubilee members who have since shifted their allegiance to United Democratic Movement (UDA), which Deputy President William Ruto is expected to vie for the presidency next year.

While addressing a roadside political rally in Kiambu yesterday, the DP William Ruto called out the party leadership for “mismanaging” the outfit which formed the government in 2017.

On yesterday, the Jubilee Party parliamentary caucus responded to DP Ruto’s sentiments, saying the upcoming NDC will consider removing him as the deputy party leader.

Zora; Madiba Meets The Love Of His Life Zora