By Kosiko (self media writer) | 2 months ago 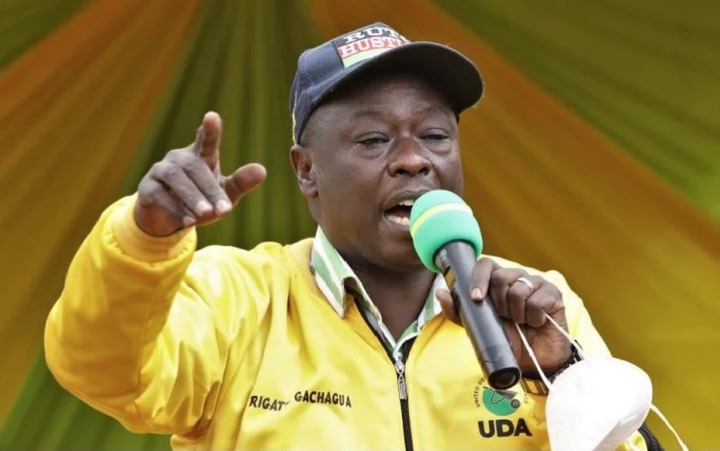 Farmers who live in the forest might return to the "Shamba" farming technique, according to Deputy President Rigathi Gachagua.

Gachagua stated that the instructions would be put into effect as soon as a new cabinet was named while speaking on Saturday at the funeral of late Baringo deputy governor Charles Kipngok in Eldama Ravine, Baringo County.

Gachagua lamented the dissatisfaction of communities residing within government forests as a result of the 'Shamba System' ban on co-planting agricultural crops and forest tree species.

The former administration implemented the prohibition in January 2021 on the justification that the farming practice, which was widely used under the late President Daniel Moi, is linked to environmental deterioration.

"Citizens own the forests; you've been looking after them for years. The Deputy President said, "There is a CS who came and prohibited you from picking even a leaf to cook... the leaves are rotting.

According to Gachagua, farmers may return to the shamba farming method, in which local populations that live close to woods are permitted to sow their crops and then follow up by planting a few trees.

According to the deputy president, sufficient policies will be put in place to guarantee the process' sustainability while also benefiting the farmer.

Locals may plant maize till the trees grew under the Shamba System. This government belongs to you, and we have given the Wananchi people permission to cultivate in the forest so they can have access to more food. Is it necessary to prohibit them from cultivating maize while we still import it? We'll get a command to work in the forest," he stated.

Many national figures attended the funeral service for the late Charles Kipngok, the deputy governor of Baringo and joined the family in paying their final respects.

Kipngok left behind a widow and two children before passing away at the age of 61 from lung problems.

Ladies, Check Out on How To Dress While Visiting Your Mother- in -law (Photos).