"No DNA Test to My Late Father's Body in The Name of Wealth" Kibaki Children Rejects Court Order.

By LocalNewsCenter (self media writer) | 2 months ago 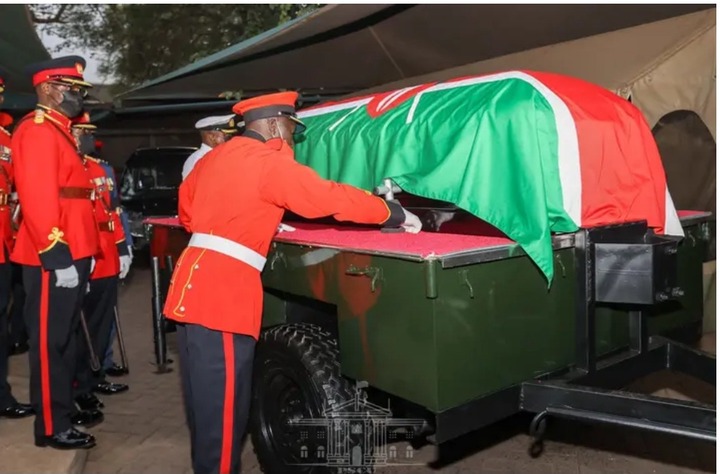 Exhuming the former president Mwai Kibaki's body for a collection of DNA samples is one of the prayers that two people claiming to be children of the former head of state sought from court.

With two people alleging in court that they were sired by former president Mwai Kibaki and demand a piece of his riches, children of the former president led by Judy Kibaki have blocked a suggestion for a DNA test to determine whether they are siblings. 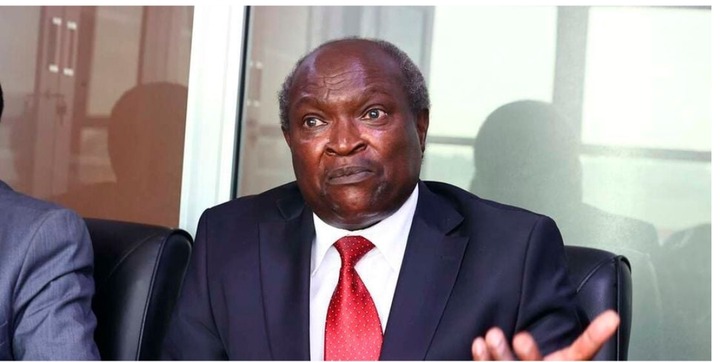 The two who want to prove before court that they are children of the former head of state argue that there are no any samples of the former president stored in any data bank taken before his burial thus necessitating exhumation to facilitate a paternity test.

“A mere facial resemblance, without more, which is denied, is insufficient to establish a familial connection between Mr Ocholla and Kibaki”. Judy Kibaki said to Mr Ocholla. 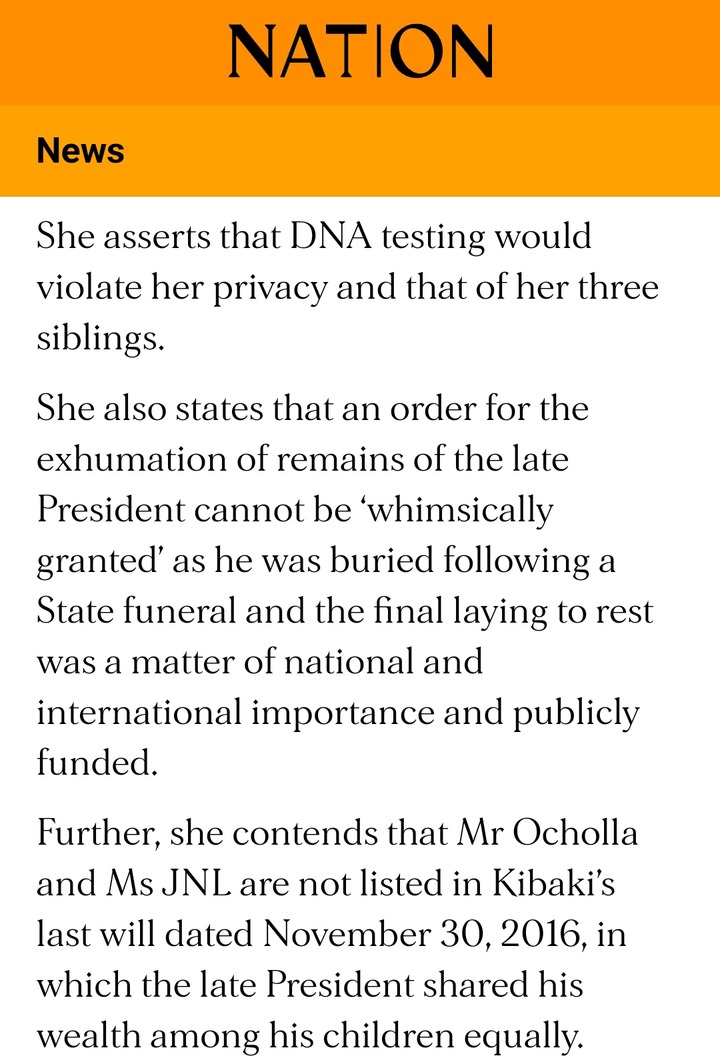 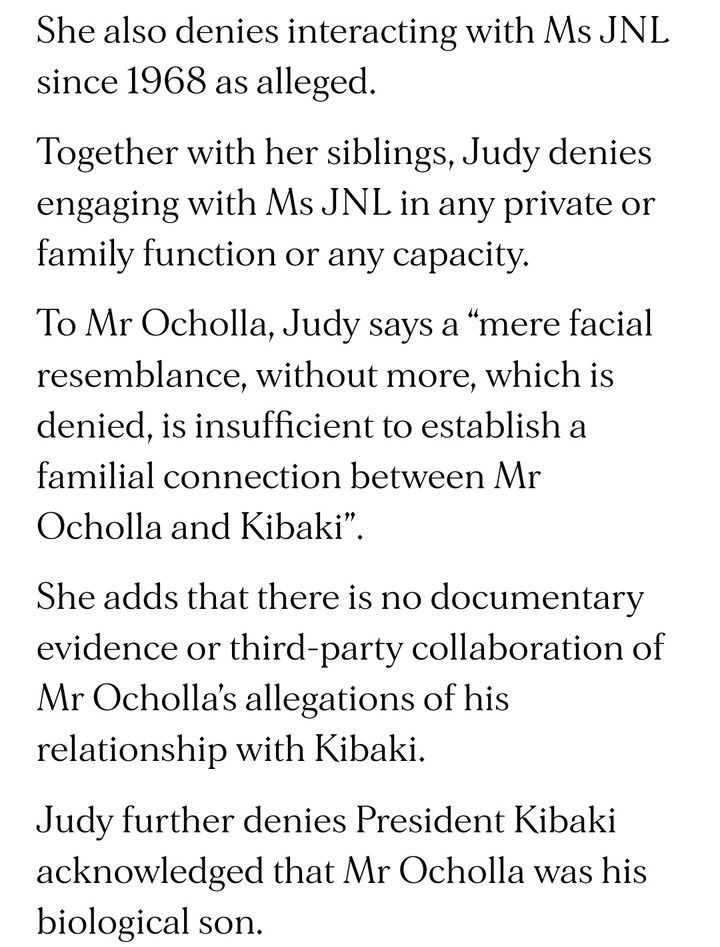 Content created and supplied by: LocalNewsCenter (via Opera News )