Lurambi law maker Bishop Titus Khamala has slammed Deputy President William Ruto for allegedly lying to his constituents when he told them that' roads which were being constructed were almost complete ,speaking after Deputy President toured his area Khamala claimed that his electorates almost fainted when Dp William publicly lied to them,Khamala speaking to journalists in a function said that such political advancements should not be encouraged because they peddle lies to voters,this statements by Dp William is said to have shocked residents of Lurambi who their law maker sarcastically said that the government had built broads yet residents were planting bananas on the same infrastructure.

According to Titus Khamala Deputy President William Ruto is fond of telling lies in order to receive more support from Kenyans,however yesterday he was met with a leader who responded to his alleged lies with immediate effect,just yesterday President Uhuru Kenyatta also accused his Deputy of misleading youths in the country into his wheelbarrow movement which will not be helpful. 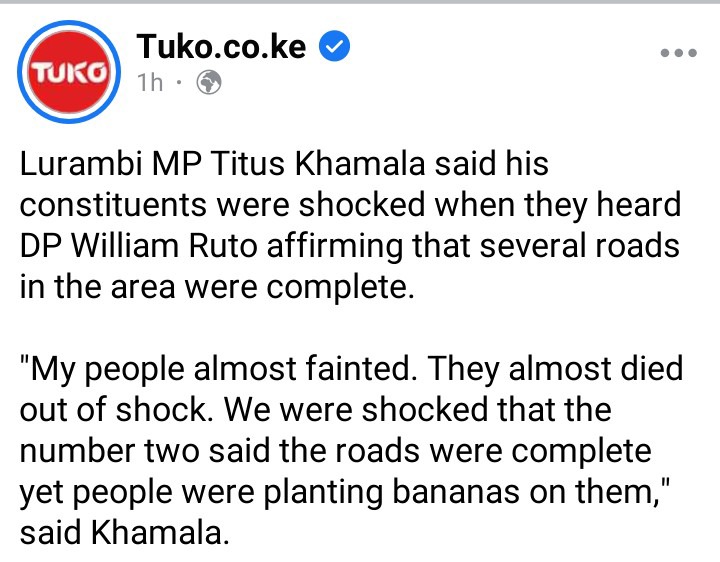 With 2022 politics taking shape Deputy President William Ruto is rumored to be engaging with key western Kenya politican who will woe the region into his hustler movement.