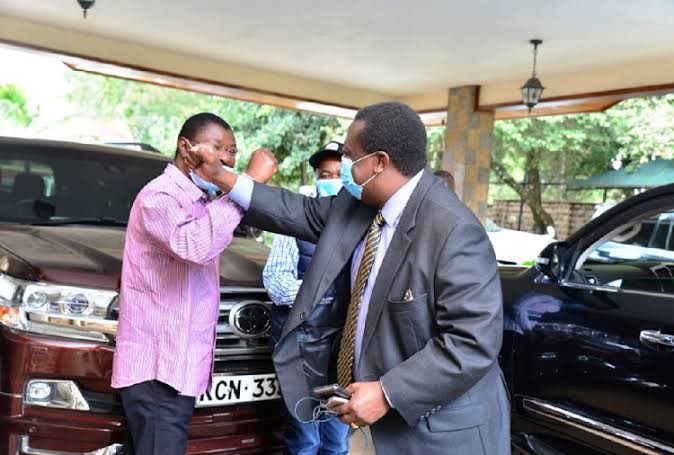 A file photo of Musalia Mudavadi and Moses Wetangula.

If has emerged that when deputy president William Ruto met with Amani National Congress ANC party leader Musalia Mudavadi, they crafted a secret deal that was very enticing to Musalia Mudavadi and Wetangula.

Among the positions that will be given to the two leaders are Cabinet slots with Musalia Mudavadi seeking as the most powerful one since it has emerged that he will be sitting in the Cabinet of the government.

The Saturday Standard has managed to reveal that Musalia Mudavadi will made the Chief Cabinet Secretary a position that is almost similar to the one that the Cabinet Secretary in charge of the Ministry of Interior and Coordination of National Government programs CS Fred Matiang'i holds. 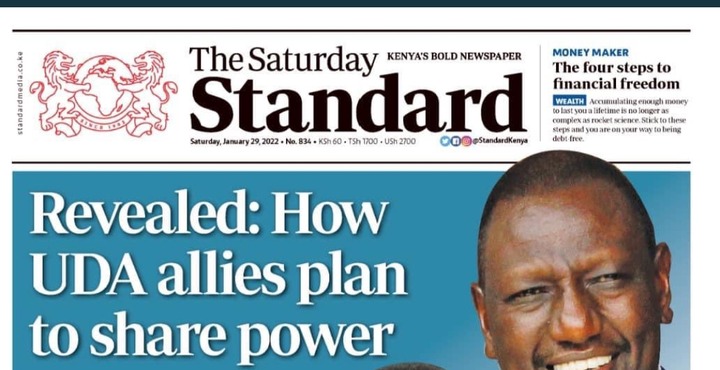 On top of being the Chief Minister, Musalia Mudavadi will also be given the position of the Cabinet Secretary in charge of the Ministry of Finance hence making him one of the most powerful persons in the government.

Wetangula’s party will be allocated two Cabinet slots and a number of appointments to the government as well as he will exclusively he left to run for the Bungoma county senatorial position without any opposition.

ANC will also produce the candidate for Nairobi governor’s seat with the running mate coming from UDA. Mudavadi’s party plans to field Nairobi Senator Johnson Sakaja as the alliance’s governor candidate while UDA will front a running mate from Mt Kenya.