By Nationwide_News (self media writer) | 1 month ago

Today, president Uhuru Kenyatta's cousin, Mr Kung'u Muigai who is also the leader of the Gikuyu Council of Elders has come out to talk about Mount Kenya's preffered presidential candidate ahead of the august general elections. 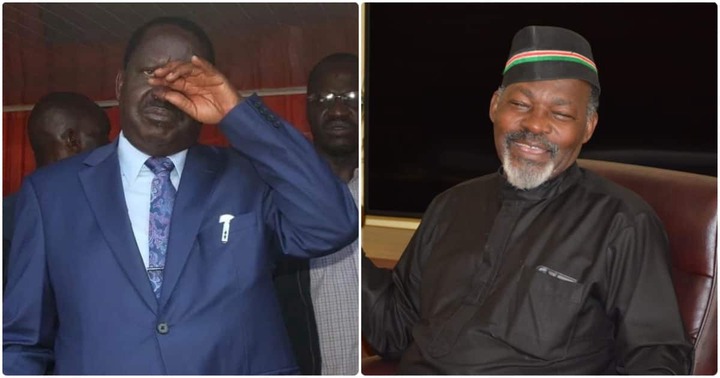 As reported by the Tuko news, Mr Muigai who was talking during an interview with NTV said that Dr William Ruto is their choice in the coming general elections and they were not going to change their minds. Muigai also went ahead to take a swipe at president Uhuru Kenyatta saying that they will not accept Mr Odinga as their presidential candidate even if he picks a serious campaign for him. Kung'u Muigai said that Mount Kenya region started loving DP Ruto in 2013 when Uhuru picked him as his running mate. He concluded by saying that the bond between DP Ruto and Mount Kenya will not be broken by anyone. 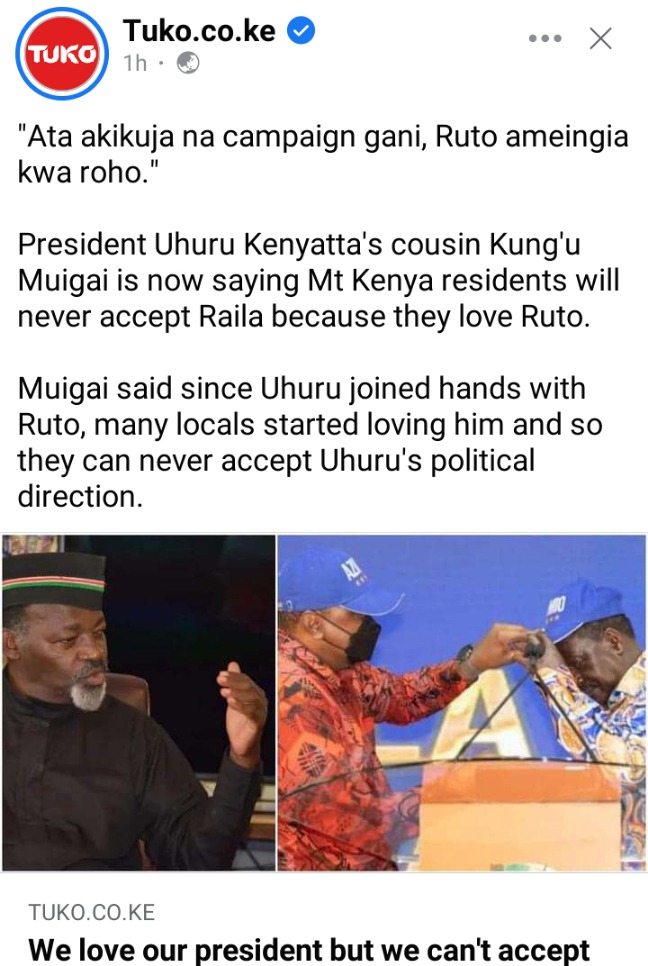 "Muigai, who led a delegation of Kikuyu elders to Deputy President William Ruto's residence a few days ago, said many Central Kenya residents grew fond of the DP when Uhuru picked him as his running mate. Speaking on NTV on Monday, July 4, Muigai said many are hesitant to support Uhuru's preferred presidential candidate because they ended up loving Ruto when he joined hands with Uhuru." Said the reports.

Content created and supplied by: Nationwide_News (via Opera News )

Softie The Film VS 2022 Elections.

Journalist Discloses What He Found Out After Visiting DP Ruto's Home In Sugoi Village.