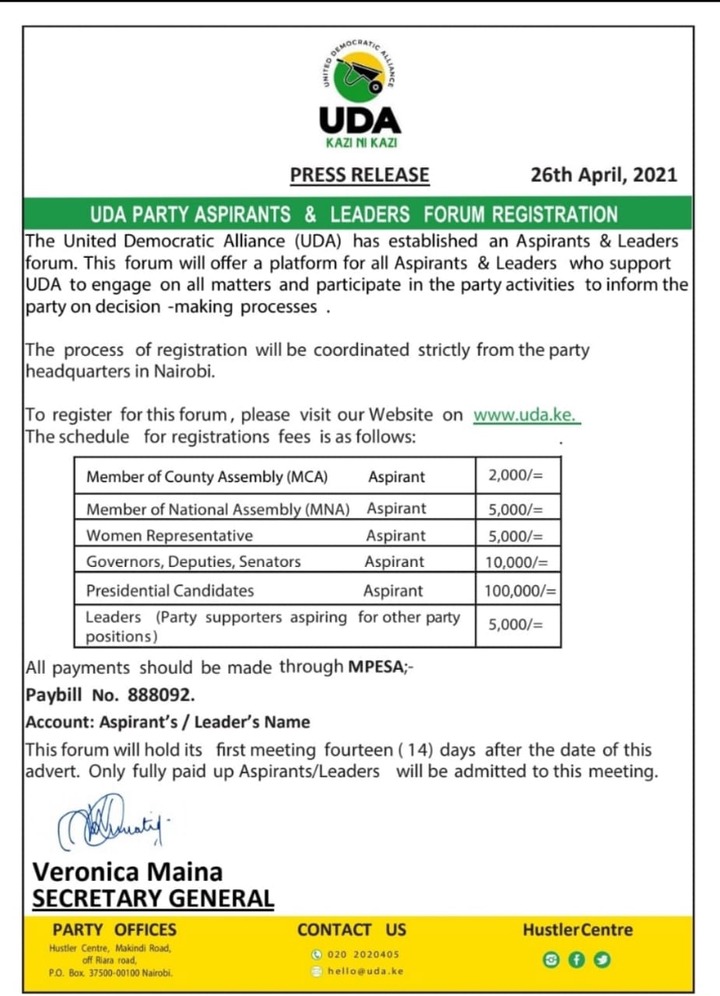 The United Democratic Alliance, UDA, is a new party which is on the course of gaining popularity across the country. The party's top leadership has tried to field candidates in various by elections to enhance its mandate.

The party is gaining momentum in the political arena due to its affiliation to the deputy president, William Ruto. However, the deputy president has not come out to openly declare his support to UDA but he silently supports its agenda. His allies are trying to structure a party he might use for his 2022 ptesidential bid if jubilee won't work.

His romance with jubilee is on rocks due to the fallout with his boss, president Uhuru Kenyatta. Jubilee is currently seeking orders to cut its union with jubilee but UDA affiliates are adamant.

Although UDA has not won any major seat in the political arena apart from London Ward seat. It has lost 7 out of the 8 by-elections.

Regardless of massive spending in the campaigns the party has miserably failed to convert the mammoth crowds in their rallies into votes. Nonetheless, the struggle continues as they are again preparing for another showdown in the Kiambaa Constituency and Mugunga by-elections respectively.

For any party ticket, there must be a price tag, a fee every aspirant who wishes to be nominated and use the party to vie for any political post. Parties charge fees for their tickets ranging from shs 5000 to shs1 million depending on the party and the position.

The lowest being for MCA ticket to presidential ticket when it comes to general elections. For UDA's case is a little unique as the proponents claim to fight for the common mwananchi that is 'hustlers party'. So many kenyans expect the party to propagate hustler agenda even in its leadership style and in these kind of nominations.

Nevertheless, politicians are always the same even though in different political parties. They all try to push their agenda using the common citizens as the hand carts.

The UDA executive have released a circular showing the costs of their party tickets for nomination of Mca, women Rep. and member of parliament. The costs are as follows; 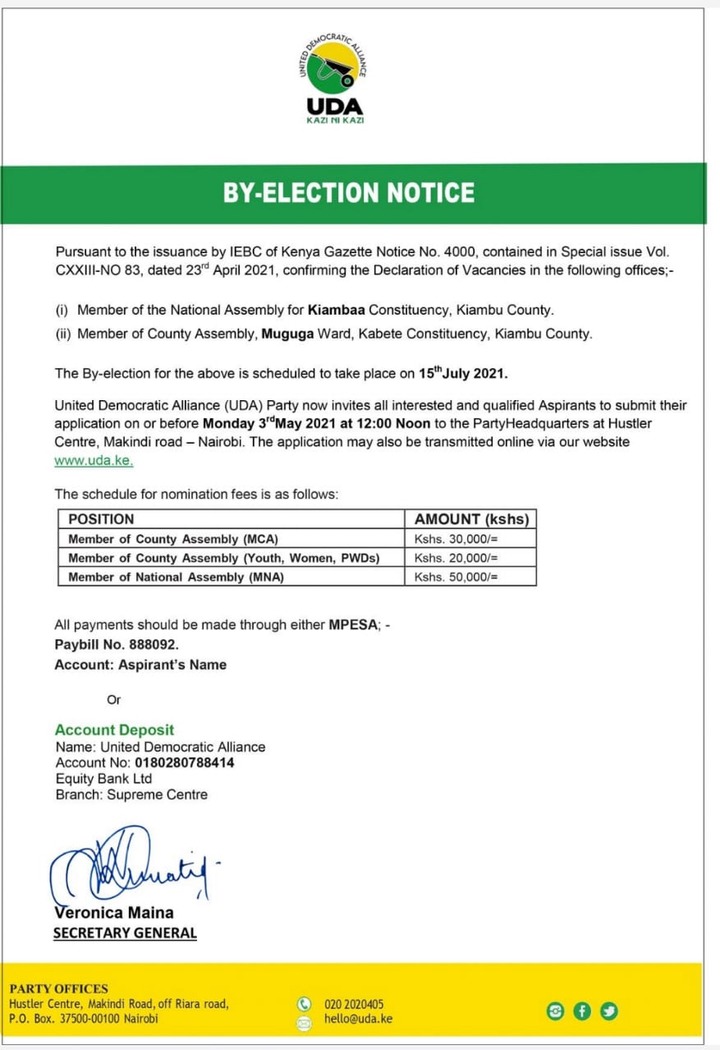 The schedule above has left kenyans talking; whose is this hustler who can afford kshs 30,000 for an MCA ticket, shs 20,000 for Youth and PWDs ticket? Shs 50,000 for member of parliament ticket is outrageous for hustlers and the mama mbogas. These are reactions from kenyans; 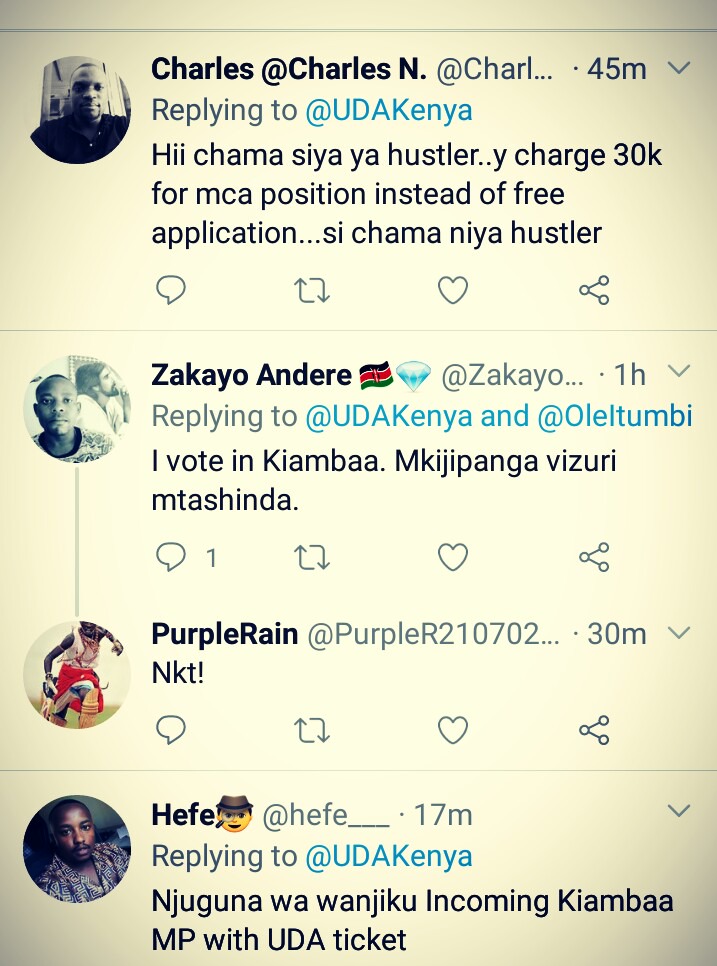 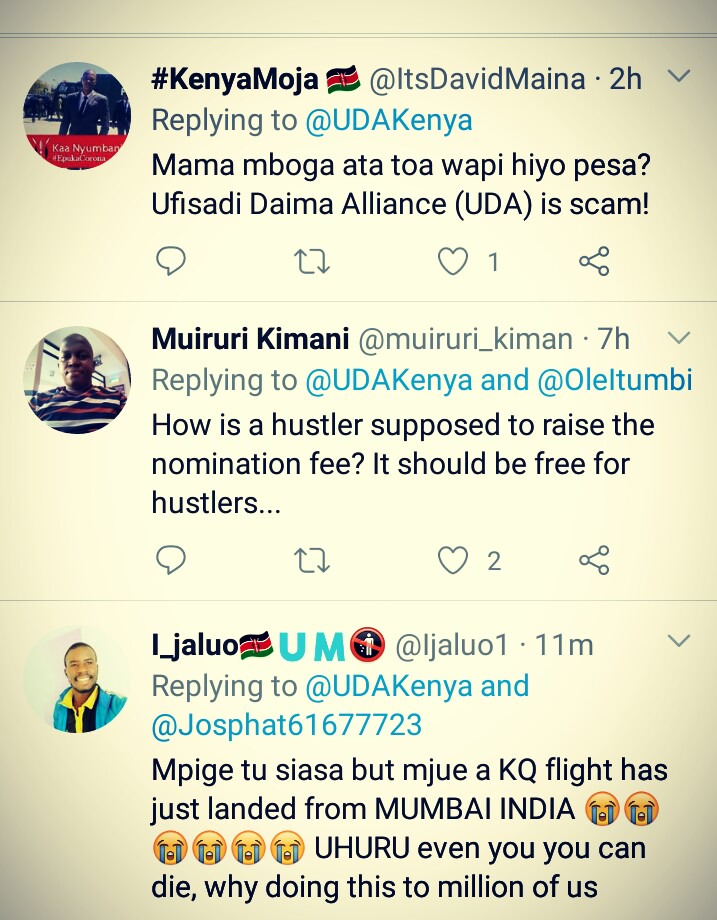 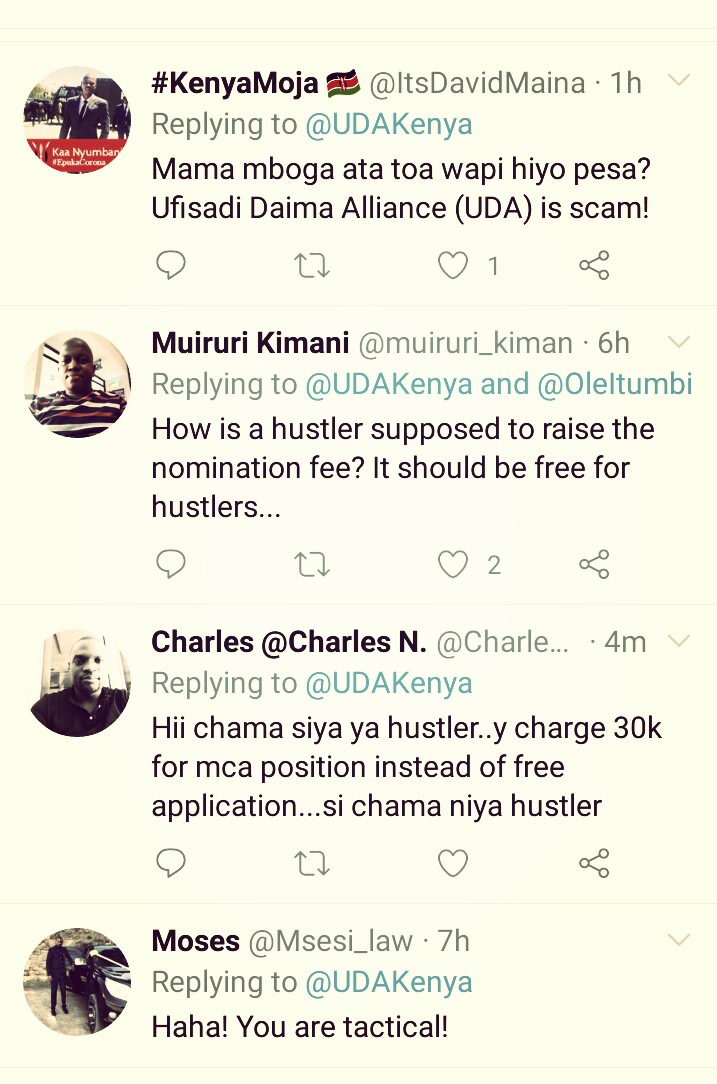 It is about personal interest, no politician can put his people first before his interest. A time like this which hustler can raise 30,000 for an mca ticket? 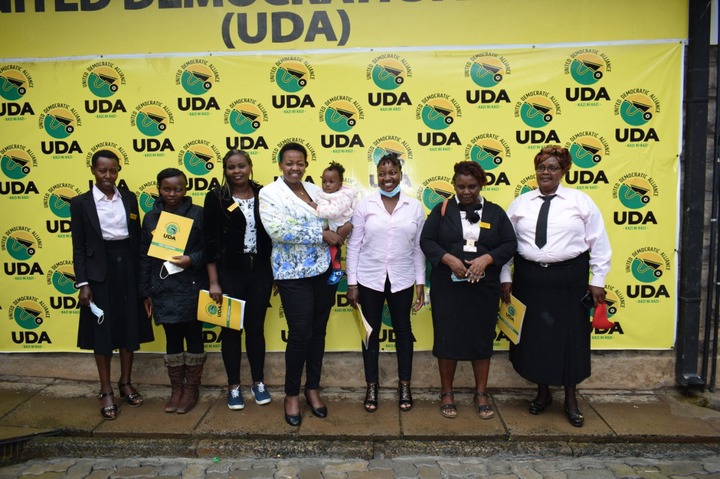 The nomination for People With Disabilities, Women Rep. and MCAs should be free if UDA is a hustler's party. To enable these people get into leadership.

Why Albinism is Rare in Wild Animals