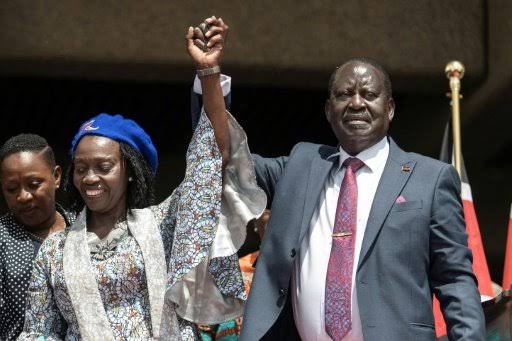 After a dramatic day yesterday at the Bomas of Kenya where IEBC Chairperson Wafula Chebukati named William Ruto as the president elect, Raila Odinga has finally broken his silence.

According to the Azimio wing last evening, Chebukati and his team did not did not conduct a valid election.

Speaking to the media, minutes before the major announcement, four IEBC officials distanced themselves from the results naming the final tally as opaque.

Rumor had it that the Azimio wing was heading to court after the interesting announcement..

On the other hand, Speaking at the KICC , Raila Odinga has accused the IEBC and a section of commissioners of making a decision that could have plunged this country into turmoil.

Raila said that it was required that all the commissioner including Chebukati to come into a consensus before making the statement.

Raila has made several allegations that Chebukati locked his allies out of the office where he made these figures.

Raila has revealed that the team will be heading to the Supreme Court where they will get justice.

He has further asked his followers to remain calm and wait for the Supreme Courts decision.

Nevertheless, Kenyans have been urged to preach peace and also practice political tolerance to avoid chaos after yesterday's major announcement by the IEBC.

Amazingly, the country has been peaceful after the announcement with only a few fracas witnesses here and there in parts of Kisumu and Nairobi. 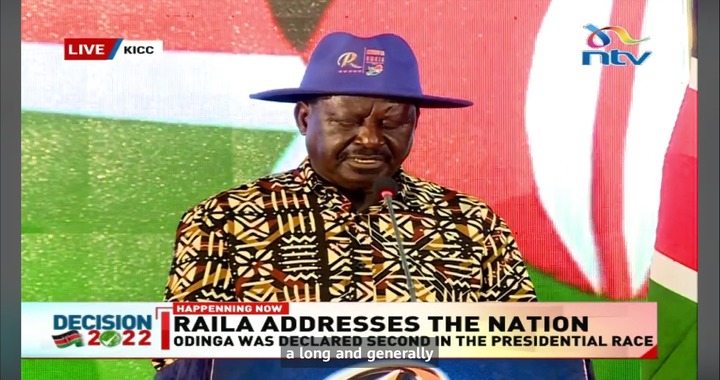