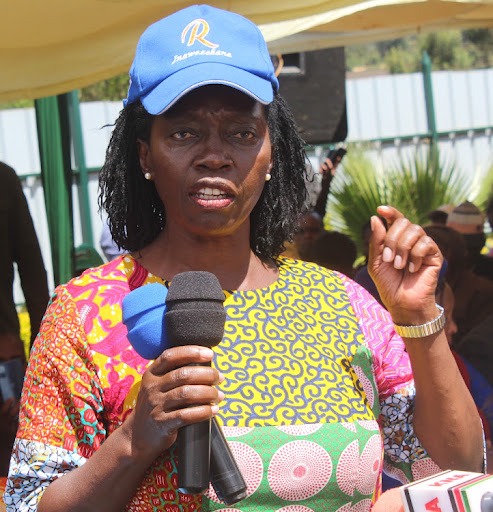 The calls by the Azimio La Umoja One Kenya Alliance coalition council to force some candidates who are perceived to be weak to step down from the August race and support those perceived as popular continues to attract mixed reactions from different candidates.

The leaders supporting the idea argue that the move will help them to consolidate votes in to one ballot, and thus ensure votes are not divided for the sake of their opponents in the Kenya Kwanza Alliance.

The move has been rejected by Kirinyaga deputy governor Peter Ndambiri, who is deputizing Senator Charles Kibiru under the Jubilee party for Kirinyaga's gubernatorial race. 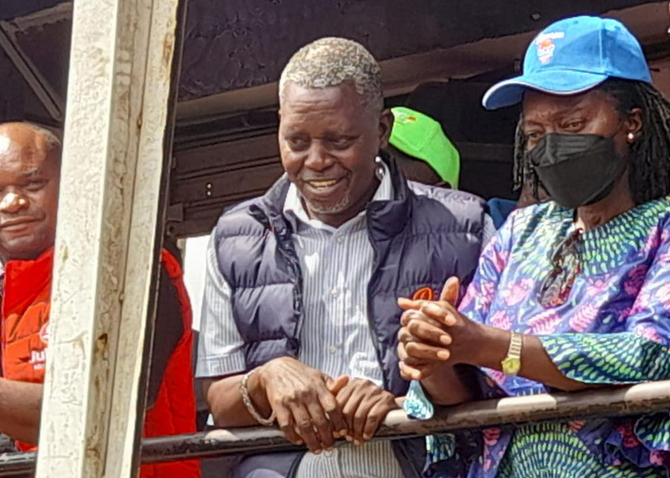 Ndambiri who was speaking during a political meeting in Kutus on Tuesday, said that the Narc-K party leader Martha Karua was interfering with the county politics, and that she should allow the two Azimio candidates to face each other on the ballot.

He went on to say that Narc-K in Kirinyaga should be contented with the Azimio's running mate slot, and allow the Jubilee party to have the support of the Azimio coalition.

"We will be on the ballot, no retreat. Narc Kenya is basking in glory after Raila Odinga picked Martha Karua as his deputy. Jubilee which is the bigger party in Mt Kenya region have nothing. The gubernatorial seat should be ours." 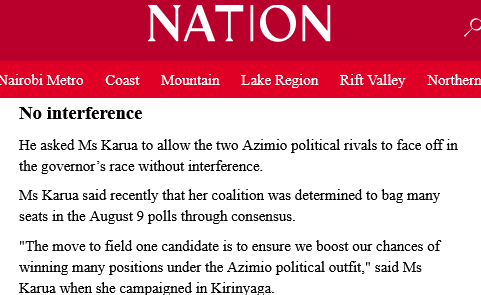 Is This Woman Set To Become A Political Force After Her Statement Win Against Long Serving MP?

President Uhuru to Be in Office Until November if Court Nullifies Presidential Election;Lawyer Says