PHOTOS: See how Raila Swept Through Mt Kenya Yet Again

By ChrisYash (self media writer) | 2 months ago 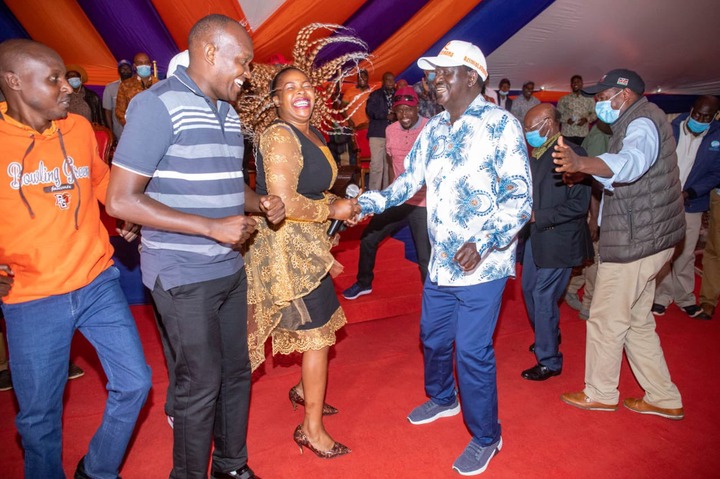 Mr Raila on Friday visited Nyeri County, where he met with some leaders, old and young. In addition, the opposition leader appeared to be heroically greeted along with his wife, Ms Ida Odinga and elders from the Lake who accompanied him. The elders of the Agikuyu community, dressed him in formal attire to signify his welcome to be among them and to crown him. 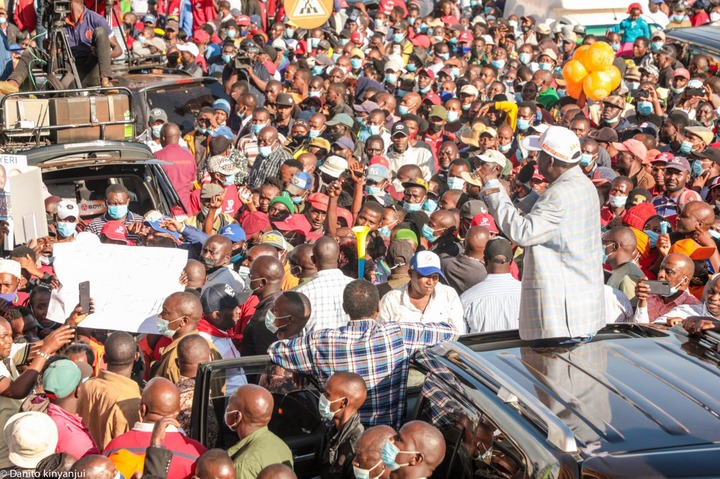 Acknowledging the reception, Mr Raila said his aim was to see the Mount Kenya community and those from the Lake unite and co-operate. "The team I accompanied from the Lake, has come to witness the welcome to the Mountain," the former Prime Minister said.

She was accompanied by Siaya senator James Orengo, Homabay Women MP MP Gladys Wanga, Embakasi East MP Babu Owino, among others and Luo community elders. of Agikuyu and handed over a basket of produce produced in the Mount Kenya region, with his hand back to the fish basket. 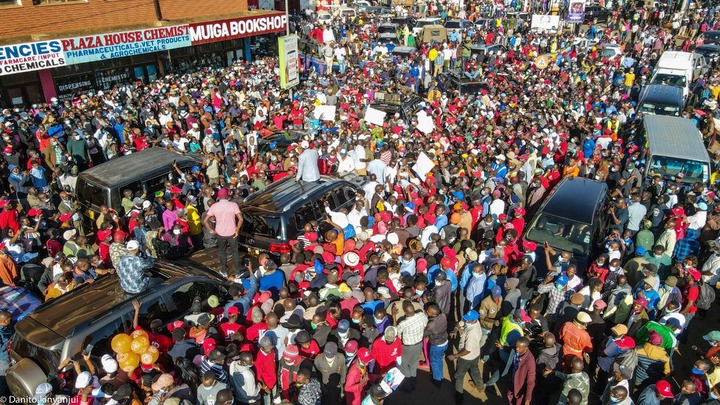 Nyanza is known for its aquaculture, Mount Kenya as a major producer of potatoes, vegetables and fruits, as well as other short-term crops. "We will work together, improve our friendship forever," Raila promised.

The ODM leader used the tour platform to sell his policies for the presidency next year. He cited the agricultural, industrial and value-added sectors as some of the agendas that he will focus on to improve the lives of the people of the Central region. "We will be able to create jobs for our youth and also be a mother. And that is why I say let us unite and work together, ”he explained. 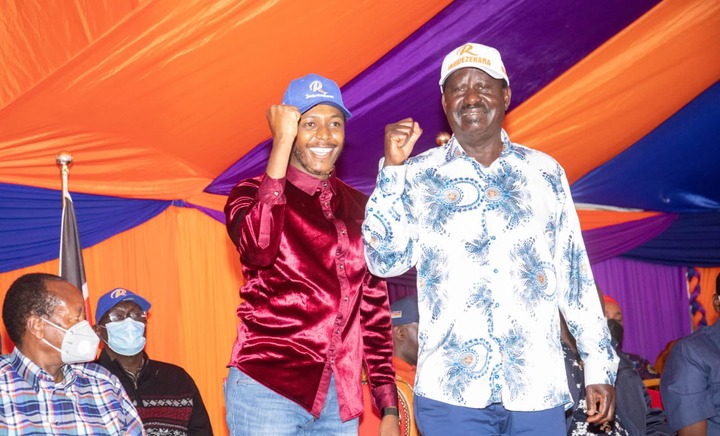 Mr Raila has been collaborating with the ruling Jubilee government, especially after an agreement was reached between him and President Uhuru Kenyatta, in March 2018, popularly known as Handisheki. The two, through reconciliation greetings, announced their burial in the grave forgetting their political differences and pledging to help each other unite the nation. 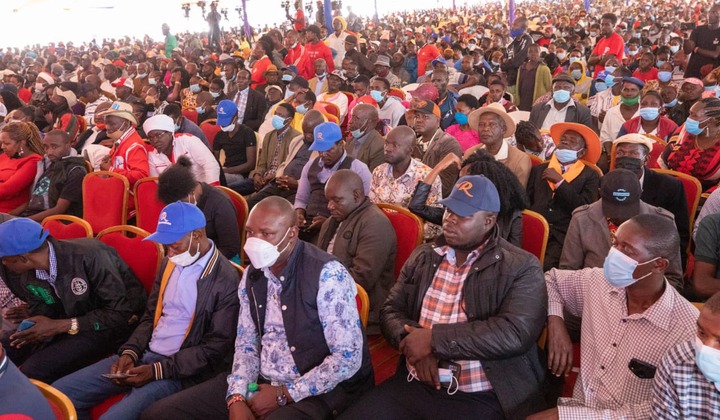 It is a partnership that has led President Kenyatta and his deputy, Dr William Ruto to ‘split up’, despite the two working closely together in 2013 - 2017 when they were elected.