I Will Not Betray My Community - Joshua Kutuny Assures His Supporters

By The_Updater (self meida writer) | 13 days 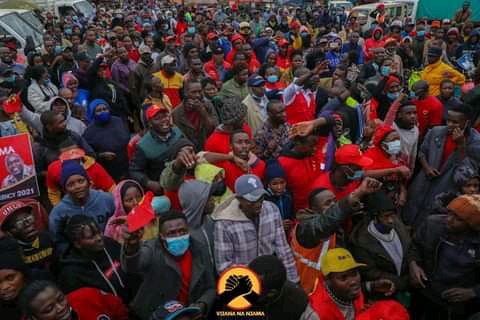 Jubilee party continues to face more trouble following its shortcomings in the just concluded by-elections. A number of legislators have hinted that they will be leaving the party to join UDA which is associated with the deputy president, William Ruto.

Laikipia Women Representative, Catherine Waruguru, is among those who have said that the party is on the verge of extinction due to egocentrism displayed by some senior officials. Waruguru has also disclosed that she will not sink with the Jubilee ship.

Jubilee party deputy secretary general, Joshua Kutuny, has also hinted that he might be leaving the ruling party. Kutuny has disclosed that he has talked with the elders and he has agreed not to betray his community in the coming general election. 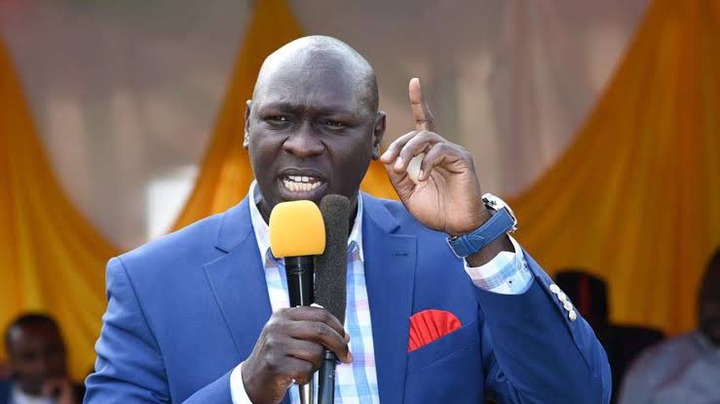 Speaking with Emoo FM, the Cheregany legislator has asked his supporters not to worry about his current political stand.

"Elders told me never turn your back on the community, I will not betray my community, don't worry with my current political position, I'm here temporarily," Kutuny told the local radio station.

The lawmaker has been among the few politicians from the Kalenjin community who have been opposing Ruto's quest for presidency. The legislator have been supporting president Uhuru Kenyatta and the former prime minister. He has been drumming support for Raila Odinga publicly.

During the BBI rallies, Kutuny never shied to associate William Ruto with corruption. He was nominated to be the deputy secretary general of Jubilee party replacing Soy MP, Caleb Kositany. His exit from Jubilee will be a major Blow to both the party and Raila Odinga. 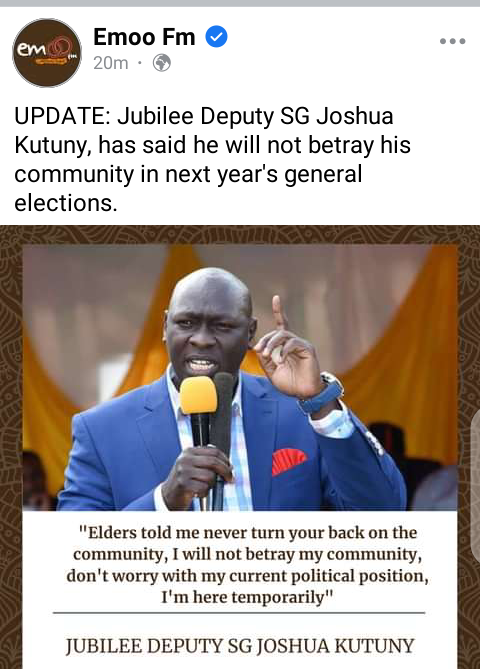 Museveni Raised Concerns About Ruto's Visit To Uganda, Reveal What Could Happen To His Presidency