By Lawrence-sociologist (self media writer) | 3 months ago

Amani National Congress (ANC) party leader Musalia Mudavadi has responded over claims that President Uhuru made at a meeting in State House on Tuesday. The president was noted saying that he was disappointed with Mudavadi's new move to partner with deputy president William Ruto. 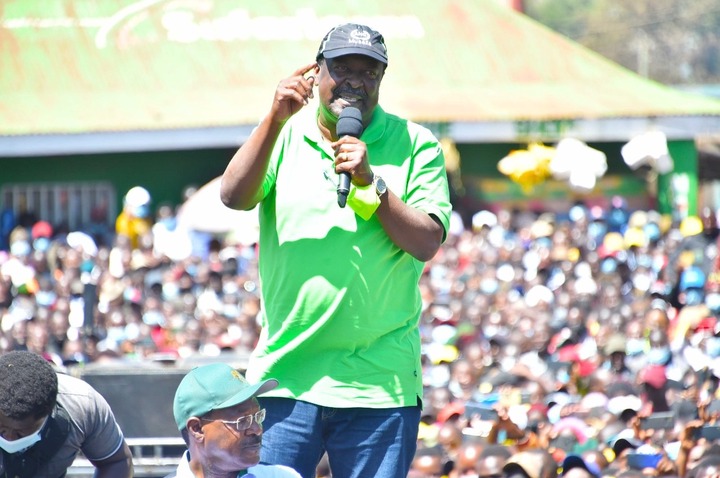 Speaking at a rally in Bomet accompanied by deputy president William Ruto, Musalia said that kenyans were more disappointed over the poor governance under president Kenyatta. Mudavadi further told his rivals who were in fond of criticizing his partnership with second in command, telling them not to force him into having eneminity with Ruto.

ANC leader claimed that his move was aimed towards forming a better government with like-minded leaders and not "state project" attacking indirectly the former premier Raila Odinga. UDA, ANC and Ford Kenya leaders are looking forward to hold campaigns on Friday and Saturday in different parts of Kenya as they continue to popularise their presidential bid in less than 8 months to the general elections.

Content created and supplied by: Lawrence-sociologist (via Opera News )