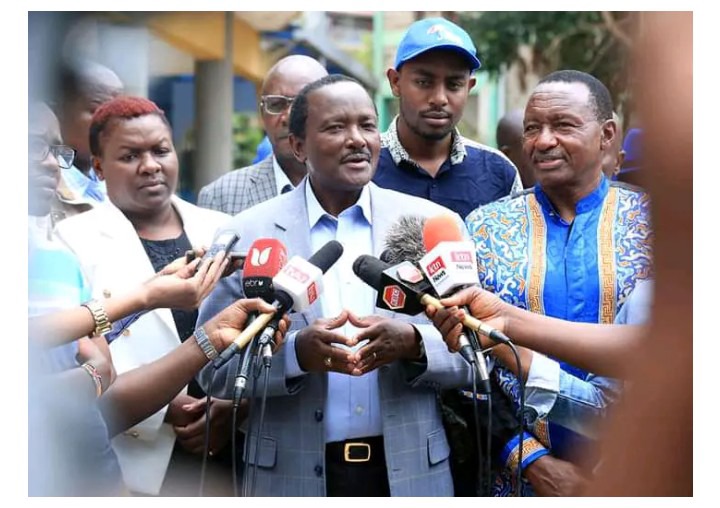 Wiper leader Kalonzo Musyoka dropping his presidential bid and returning to the Azimio La Umoja fold will be unprecedented, according to one of the leader's closest allies.

On Monday, the party resolved to have Kalonzo pause his presidential campaign and participate in talks with Azimio and its leader, Raila Odinga, in the hopes of reaching an agreement.

However, Matungulu MP Stephen Mule claims that this would not happen, and Kalonzo plans to continue with his campaign. He even claims that a large rally is being arranged for Kalonzo to officially launch his campaign.

"Kalonzo's stance has remained unchanged. His running companion, Sunkuli, will also run for president. He will make his final decision.

The lawmaker said that the meeting at Stoni Athi Resort in Machakos was, therefore, not about whether or not Kalonzo vies but to strategize on how Wiper will get most of the seats in its strongholds.

Kalonzo, who is abroad, to some extent proved his intent to vie on Monday, when he sent a representative to the meeting between IEBC and presidential aspirants held at the Bomas of Kenya.

He sent his running mate Andrew Sunkuli, whom he unveiled as his deputy a week before at his SKM Command Center. Sunkuli maintained that they are still in the top race and don't intend to drop off. 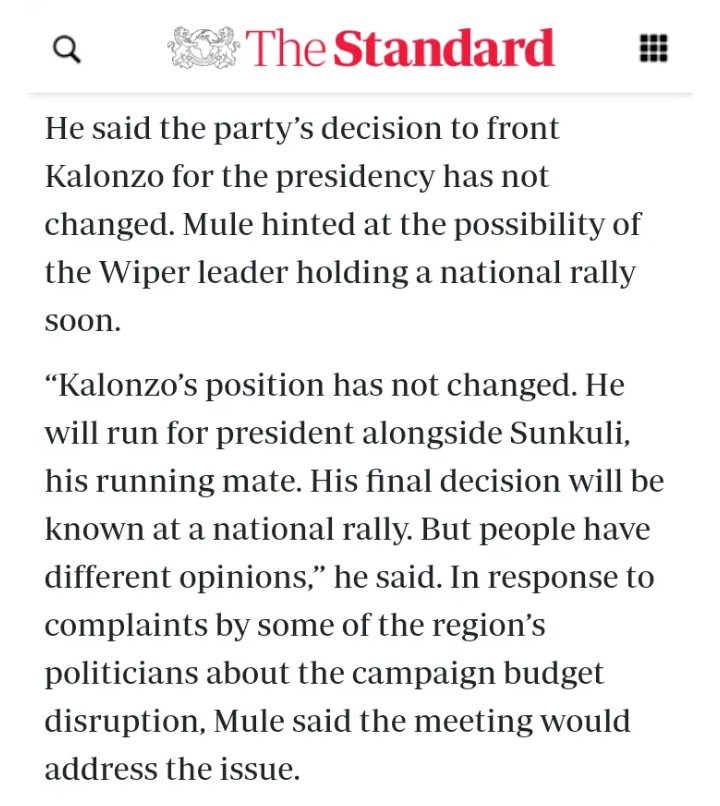 Should he vie, this will be his second attempt to lead the country, after his failed bid of 2007. His candidacy, analysts observe, will make things hard for Raila with regards to winning the presidency. 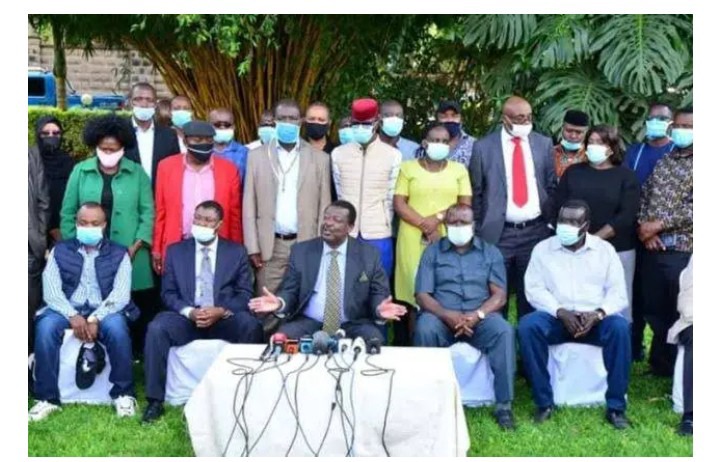 On the other hand, Amani National Congress Party Leaders, Ford Kenya Party Leaders, and others from at least 14 Kenya Kwanza parties have threatened to dump Deputy President William Ruto in favor of the Azimio One Kenya Alliance, citing deception and conmanship inside the coalition.

Following two successive rallies in which DP Ruto and his UDA supporters were heard promoting their candidates rather than focusing on Kenya Kwanza as a whole,

Other Kenya Kwanza parties have been disturbed by the move, with one portion threatening to relocate camps.

DP Ruto and his running mate, Mathira Member of Parliament Hon Rigathi Gachagua, have gone on record in the Rift Valley region, urging Mt Kenya and Eldoret residents to vote for UDA candidates from the top down.

Speaking over the move, one of parties candidates inside the Kenya Kwanza has said that following DP Ruto's and allies' move to popularize only UDA aspirants, they read deceit and conmanship inside Kenya Kwanza.

"I was utterly shocked to hear our captain popularise UDA candidates as opposed to letting the locals decide. This is utmost deceit and conmanship and must be looked at before it is too late,” Mr. Nyakera, a co-principal in Kenya Kwanza has said. 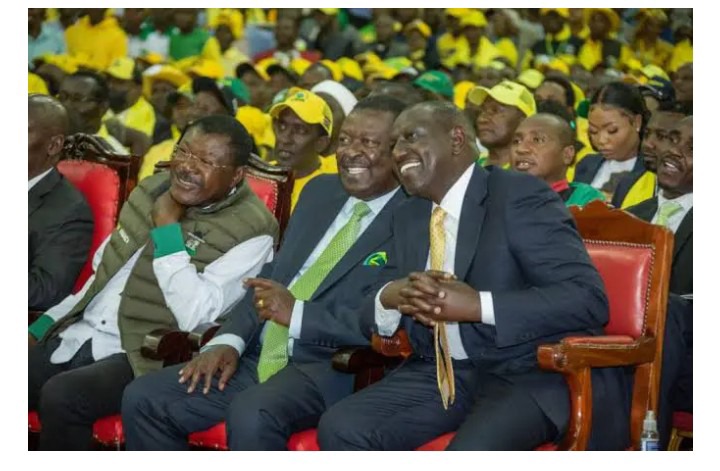 Dancun Njuguna, a candidate in Gitugi, Muranga sponsored by other parties inside the Kenya Kwanza has termed the move by UDA leaders treacherous.