By PoliticalInsights (self media writer) | 2 months ago 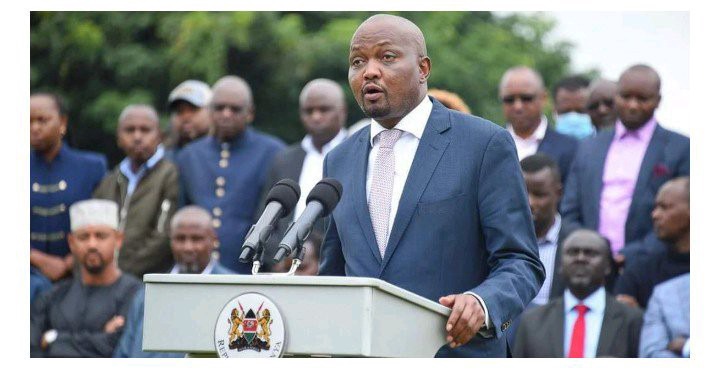 Moses Kuria, a candidate for the position of trade cabinet secretary, has announced that he has joined the United Democratic Alliance (UDA) instead of dissolving his Chama cha Kazi party.

During a speech at a funeral in Elgeyo Marakwet, the former Gatundu South MP claimed to have informed the Office of Registrar of Political Parties (ORRP) of his decision.

In addition, in response to President William Ruto's nomination of Kipchumba Murkomen for Cabinet Secretary for Roads, Transport, and Public Works, Kuria urged locals to support a UDA-supporting senator in the event of a by-election.

"I was the chair of a party called Chama cha Kazi in the past, but yesterday I disbanded it and joined UDA after going through the registrar.Additionally, he stated, "I want us to collaborate so that we can select the candidate after nominations are complete."

In a speech delivered at the same occasion, retiring Senator Murkomen pledged to work with and assist his replacement.

"The candidate should simply ask for my vote so that I can evaluate them; however, the voters will ultimately select your next senator.Murkomen added, "And I pledge my full support to any senator who is elected." 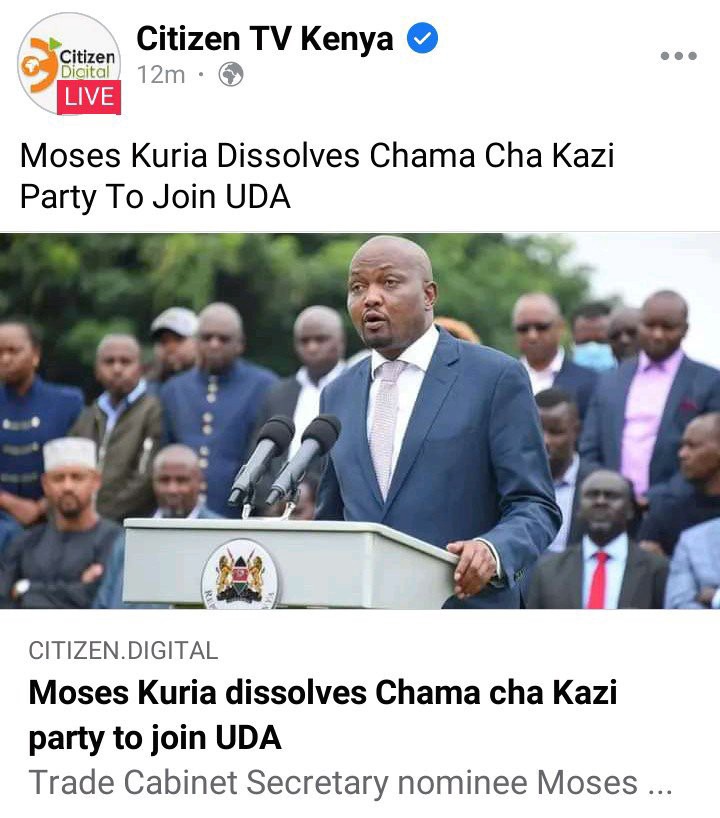