By Duncans (self media writer) | 1 month ago 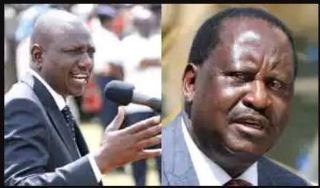 Both are working towards winning mojarity of voters. In the process of popularizing their parties the Deputy President has given many manifestos on what he will do when he becomes president after 2022 general elections. The question is will he do what he is saying?

Most of manifestos are;

He promises that he will promote a good environment for business and "mama mboga" would enjoy a good yield in the business.

According to this statement it means that the economy will be in favour of the common citizen. We all know that Dr. William Ruto is the acting chairman of the treasury. While being the chairman, prices of commodities are rising country wide due to increase in taxes and he is doing nothing about it. He is not even talking about it. Ask yourself, will he make the economy stable when he becomes the president and he is not talking about it now?

creating jobs for the youth,

He promises Kenyan youths about 1 million jobs every year. 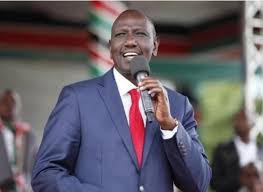 If you remember well when they were campaigning with President Uhuru Kenyatta in 2013, they promised to create jobs for Kenyan citizens. Still in 2017 they promised the same thing (jobs). Now that he is campaigning for presidential seat he has come to voters saying "kazi ni kazi" and giving out wheelbarrow to the youth. Saying "kazi ni kazi" while giving youths wheelbarrow means Kenyan youths do not any other alternative to choose from. If he has created jobs while being Deputy President, he wouldn't have the slogan "kazi ni kazi" while giving out wheelbarrow. Kenyans would have a variety of options to choose from, not being subjected to wheelbarrow only.

He will form a peaceful and harmonious Kenya,

He assures Kenyans the he will be a leader who advocate for peace and harmony among citizens.

Back to the time when they were together with Raila Ondinga, after 2007 elections, there was violence to most parts of Kenya. Kofi Annan came to Kenya to arbitrate between former president Mwai Kibaki and Raila Ondinga who were fighting for presidency. The three decided to form a coalation government so that peace would prevail among Kenyans. Dr. William Ruto while being Raila's runningmate he refused the proposal claiming that they should be given the government because they had won. When Kofi Annan didn't consider his proposal Ruto said he can't work with someone who is scared (Raila). So will he promote peace among Kenyans because it's good for citizens or because of his personal interest? 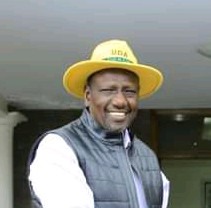 Content created and supplied by: Duncans (via Opera News )

Why These Are People Behind Uhuru's Advice To Work With Raila But Not Ruto, Political Analyst Tells

Kanini Kega Opens Up on Why DP Ruto Will Continue to Suffer, Reveal Plans With Raila Odinga